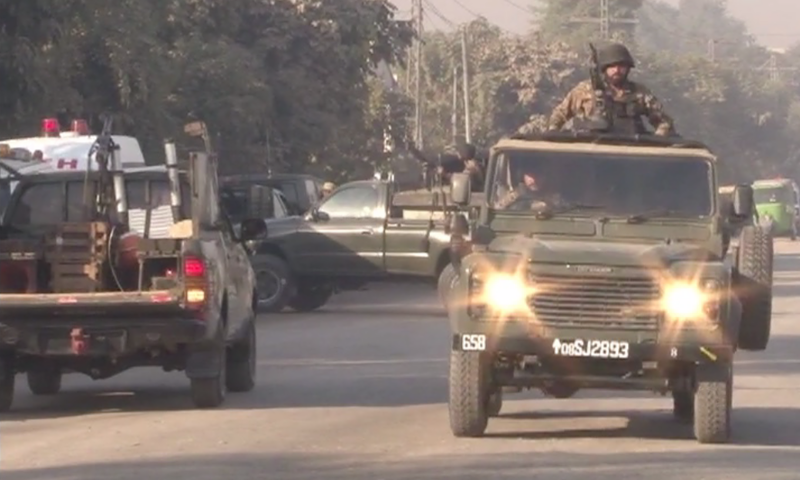 As per initial reports The attack began as three loud explosions were heard and firing broke out at the ATI hostel opposite the Agricultural Directorate early on Friday morning when at least three burqa-clad suspects entered the building.

The hostel was officially closed today as the country celebrates Eid Miladun Nabi.

According to hospital officials, there are seven students, one Frontier Corps (FC) personnel, one police officer, a guard, and a journalist also among the wounded. An emergency has been imposed at the hospital.

The attack was claimed by the Tehreek-i-Taliban Pakistan.

Inter-Services Public Relations said two soldiers were injured in the attack and shifted to Combined Military Hospital for treatment.

ISPR confirmed that three terrorists and facilitator were killed in the operation conducted by security forces.

The area where the incident occurred is a hub for educational institutions in the city including the university of Peshawar. Agricultural Training Institute is the sole organisation of the province under the administrative control of Agriculture Department which is producing the front line soldiers (Field Assistants and Veterinary Assistants) of various wings of Agriculture Department since its establishment in 1957-58.