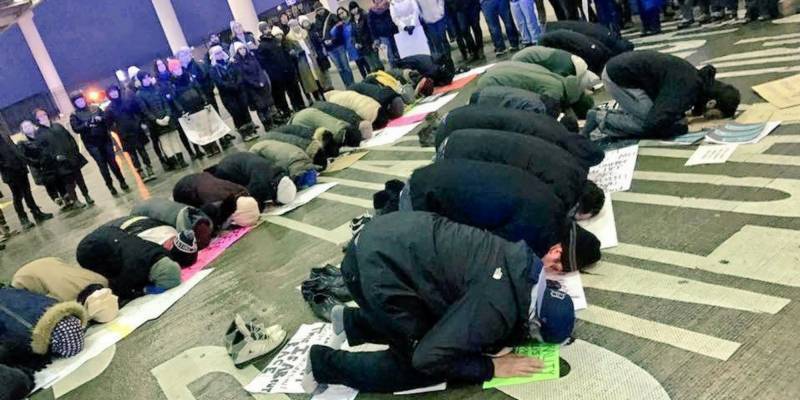 New York (Web Desk): Muslims offered their prayers at Detroit Metro Airport and non-Muslin protesters not only made room for Muslims to pray during protest against Trump’s discriminative order but also encircled them silently as a symbol of protection and unity.

Dozens of protesters give their protest signs to Muslim protesters to use as prayer mats. Protesters and news outlets have been calling this demonstration of mass against Trump’s ban on Muslims.