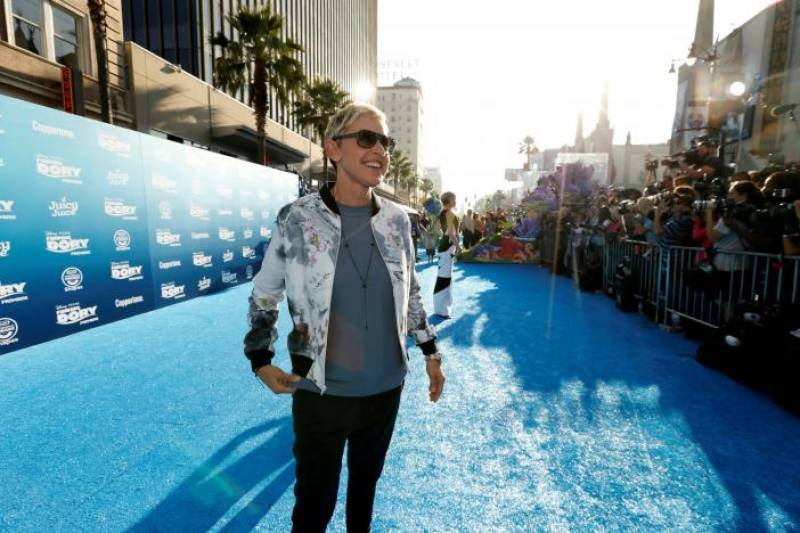 DeGeneres, who voices the forgetful fish Dory on a mission to find her parents in the United States, noted that "Finding Dory" was screened at the White House on Saturday, the day after Trump signed an executive order banning refugees and travelers from seven majority-Muslim nations from entering the United States.

Talking to the audience of "The Ellen DeGeneres Show" in a segment aired on Tuesday, she conversed about the protests sparked by Trump's order. She added that she didn't want to get political so she talked instead about the plot of the 2016 film, which has taken in $1 billion at the global box office. The main character Dory and her friends arrive in America, where they find themselves stuck behind a large wall keeping Dory from finding her parents.

DeGeneres said, "They all have to get over the wall and you won't believe it, but that wall has almost no effect in keeping them out".

Trump has also pledged to build a wall on the U.S. border with Mexico to keep out undocumented immigrants.

Dory crosses the border but is still separated from her family. Luckily for her, DeGeneres said, other animals are willing to help Dory and bring her into their world.

DeGeneres said, "Animals that don't even need her, Animals that don't have anything in common with her". She added, "They help her, even though they're completely different colors. Because that's what you do when you see someone in need, you help them."

"So that is what I hope everyone watching 'Finding Dory' has learned," she added.

DeGeneres’ remarks were the latest in a series of direct and indirect attacks by celebrities on the president's immigration ban, which has caused chaos and protests at airports around the world.

At the Screen Actors Guild awards ceremony in Los Angeles on Sunday some other actors also took aim at the ban in fiery speeches that ranged from personal experiences as immigrants or Muslims to calls for solidarity.