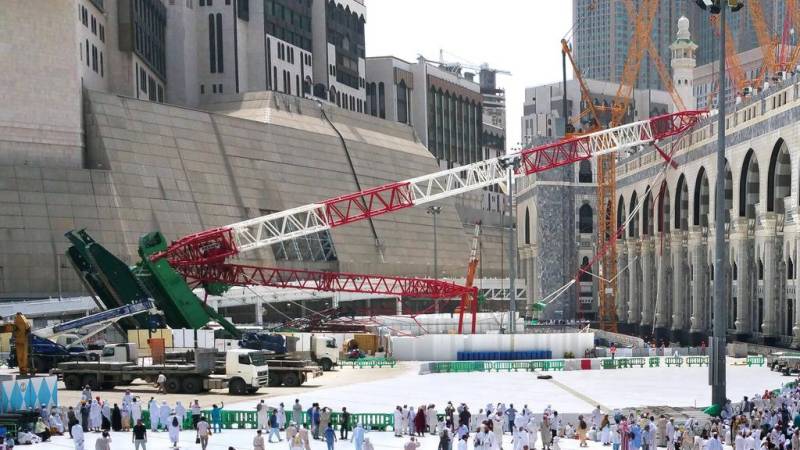 Makkah (Web Desk): A penal court in Makkah on Sunday acquitted all 13 people charged with negligence in the 2015 crane crash incident which had resulted in deaths of at least 109 people, the Saudi Gazette reported.

"The court said that they are not criminally responsible for the incident," Saudi Gazette said, adding that the Saudi attorney general had filed an appeal against the decision which had been approved.

A court in May had ordered the accused to stand trial again, after it had been dismissed by another in January.

A massive construction crane had crashed into Makkah's Grand Mosque in September 2015, killing 109 people, less than a fortnight before the Haj pilgrimage was supposed to start. The crane that crashed was one of several that the Saudi Binladin Group had erected as part of a multi-billion-dollar expansion plan to accommodate the increasing numbers of faithful.

King Salman suspended the firm from new public contracts for several months after the tragedy.

Saudi Binladin Group, which developed landmark buildings in the kingdom, was founded more than 80 years ago by the father of Al Qaeda leader Osama bin Laden, who was killed by US commandos in Pakistan in 2011.