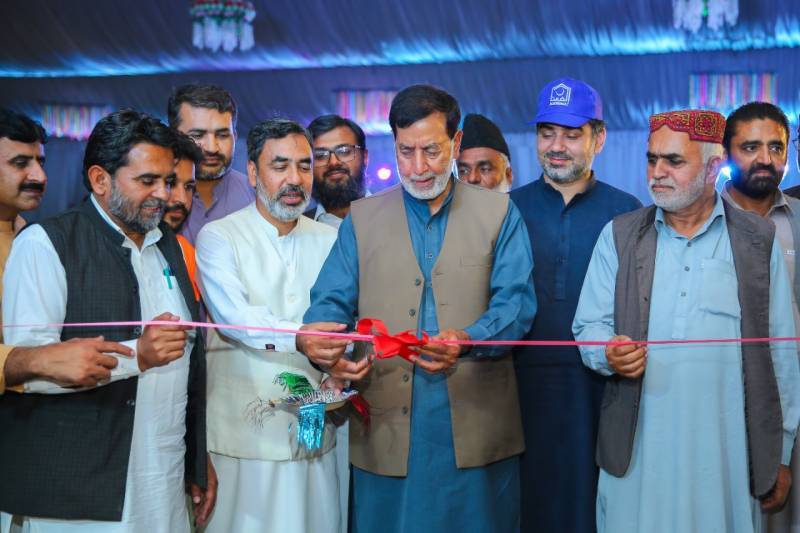 Taunsa Sharif (PR): The Alkhidmat Foundation Pakistan has embarked on a project worth PKR 400 million to uplift 5 thousand flood-torn small family farmers, owning less than five acres of land in flood-hit areas across Pakistan in the first phase.

Apart from massive level destruction, flooding has also plunged thousands of farmers, leaving millions of affectees at the brink of starvation, and debt trap eventually leading to malnourishment at the national level.

Following the rescue and relief work in flood-hit areas across Pakistan, AlKhidmat Foundation has been carrying out rehabilitation and reconstruction projects across the country. Under the Alkhidmat Farmer Rehabilitation Project, the eligible farmers are being provided with free Agri inputs, seeds, pesticides, and fertilizers worth PKR 80,000.

This programme has been carried out for the flood affectees of South Punjab, Sindh, Balochistan, and Khyber Pakhtunkhwa. The scope of the project will be expanded in these areas as the water recedes from the affected areas. Under Alkhidmat Farmer Rehabilitation Project, Alkhidmat aims to save the farmers from hunger and poverty as well as to control malnutrition at the national level, said Muhammad Abdus Shakoor. Modern technology, professional training, and assistance from agricultural companies will help reduce the gap between farm fields and markets, he added.

Agricultural companies, and farmers present on the occasion expressed hopes to achieve the best yield in the upcoming wheat crop, being supplied with the best seeds and fertilizers as well as proper guidance by the agro experts.

PM urges provinces to play role to mitigate sufferings of ...