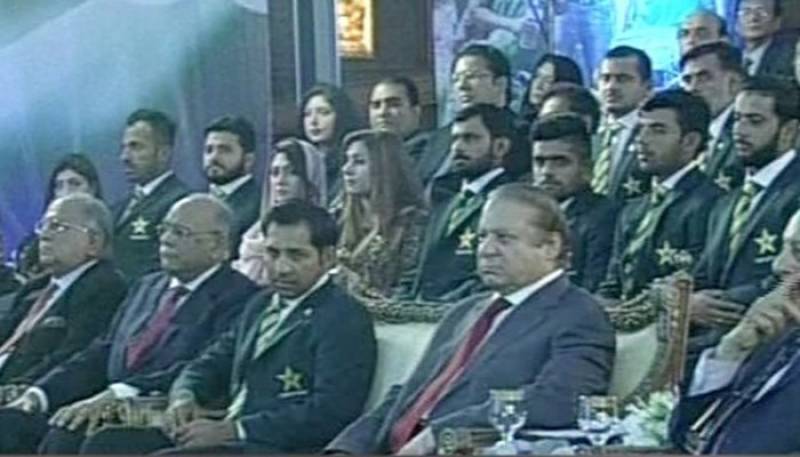 Islamabad (Staff Report): An honorary event is being held for the triumphant Pakistan cricket team at Prime Minister House.

The event is arranged to honor the winners of ICC Champions Trophy 2017 and the players and board officials are going to be awarded with monetary rewards announced by the prime minister during the event.

Prime Minister Nawaz Sharif and all senior cabinet members including Minister of Planning and Development Ahsan Iqbal, minister of State Water and Power Abid Sher Ali and minister of State Information Marriyum Aurangzeb are also present at the event.

Not only that, the family members of the players are also accompanying the team, which are lodged at a private hotel in the capital.