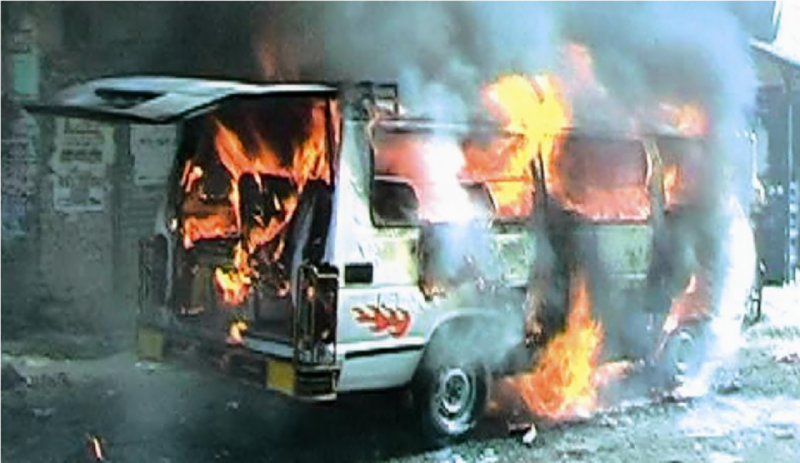 According to details, the attack is claimed to be a suicide blast targeting a census team.

Initially there were reports that an intensive cylinder blast hit a van taking part in census, left two dead, many injured and nearby vehicles and buildings were damaged, after the blast van caught fire.

Soon after the incident, rescue teams reached the site and injured have been immediately shifted to a nearby hospital including General Hospital and Combined Military Hospital (CMH).