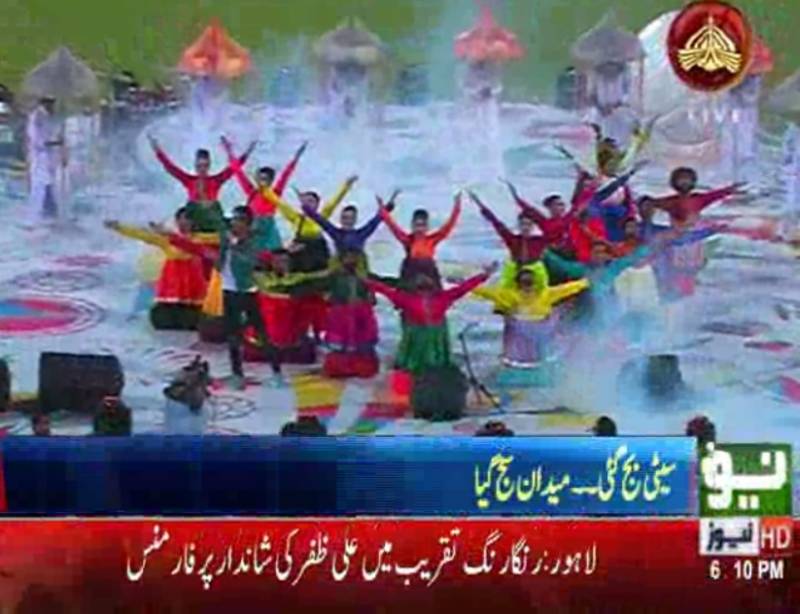 Lahore: The audience are out of control, the cheers from the crowd can be heard from a mile. When a sky paratrooper took a dip from a plane and lands at Qaddafi stadium the crowd knew that the best is about to happen. Before the roaring crowd Ayesha Umer paid gratitude to the Army and Security personnel who laid their lives and to those who got injured while bringing security to the "Land of Pure". Ali Zafar performances are followed by Fakhir with his song taking the crowd to the edge of their seats. Then Ali Azmat send tremors across the the stadium with his "Jazba Janoon"