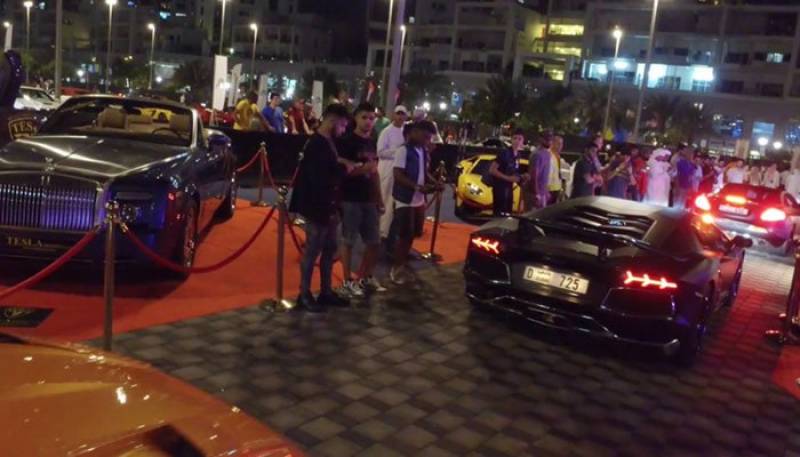 Dubai, UAE (Web Desk): Gulf Car Festival, the annual event will be held at the Burj Al Arab from December 7 to 9, after its successful inaugural run last winter.

In the car festival more than a century of automotive art are on display, from a 1913 classic made by Clement-Bayard to hypercars from Ferrari, Porsche and Dubai company W Motors.

“From our point of view, it went really well and achieved all its objectives,” says James Brooks-Ward, the director of the organisers, Desert Gate Events to a foreign media outlet.

"For the 2017 edition, there will be 50 cars on display. We have two new manufacturers on board: Jaguar Land Rover and Porsche. Both have some great classics to display and some very interesting new models.

“The elements of manufacturers, classics from around the region and modern bespoke models worked really well last year, providing an interesting story of the car’s evolution,” he says. “We were keen not to change this but to enhance the event as the exclusive automotive garden party for the Gulf region. There is limited space on Burj Al Arab’s North Terrace, so we insist that everything must be the best-in-class in the region.”

Carmakers of Aston Martin, Rolls-Royce and Bentley, while classics highlights include a 1922 Mercedes SSK, a wallet-worryingly expensive 1959 Ferrari 250 GT California Spyder and, for off-road connoisseurs, a Series I Land Rover from 1951.

British royal Prince Michael of Kent and Sandra Button will judge the festival.

“We wanted to make sure that although we come from an international concours background that this is an event by the region, for the region,” Brooks-Ward explains. “This means that although one cannot forget the Ferrari 250 GTO from the UK [last year], I was really pleased to see a wonderfully presented [Jaguar] XK120 Roadster from Dubai win a prize.

“We are trying to innovate with each new edition and this year we will be hosting a dinner for the owners, as well an additional evening event at Burj Al Arab,” he says. “The important thing not to lose sight of, from our perspective, is that the focus must always remain on the cars and the experience of the weekend.”