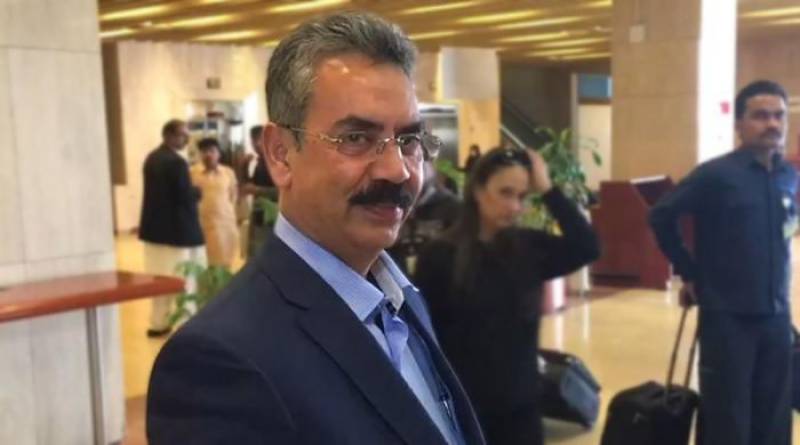 Saleem Shahzad, a founding member of the now-defunct MQM, had been living in London since 1992, reached Karachi from Dubai on Monday morning, ending an extended self-imposed exile. DSP Airport arrested him upon his arrival at airport. His passport has also been confiscated by immigration officials.

Traveling on a British passport via an international airline, the MQM leader landed at Karachi airport a little after 10:30AM.

Prior to his departure, Shahzad said while speaking to media that he would announce his next political plan of action for after reaching Karachi and consulting with friends and family.

The politician said various circles in Karachi were sending him arrest threats but he was not afraid.

He said, adding that he is currently being treated for cancer, "I have not committed any crime, I am not afraid of getting arrested."