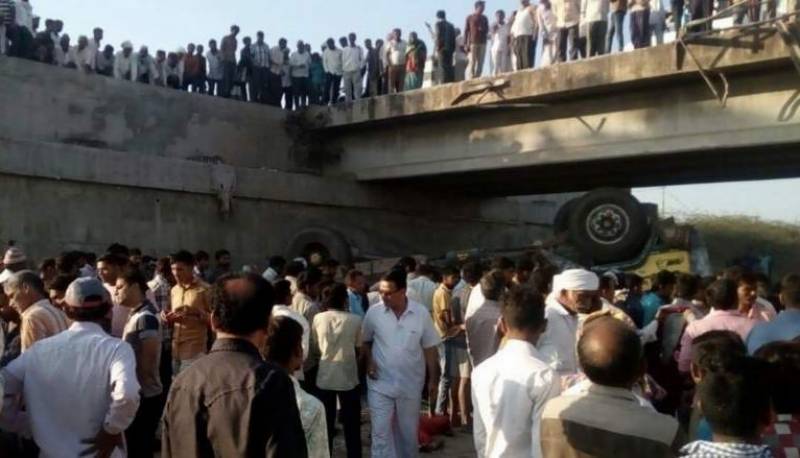 Initially investigations of Indian police revealed the driver lost the control causing the truck to swerve off the bridge and fall 26 feet onto a dry riverbed in Gujarat state.

Police reported 25 people killed and death toll is expected to rise as many people are trapped under the truck overturned however, the injured victims have been shifted to hospital.