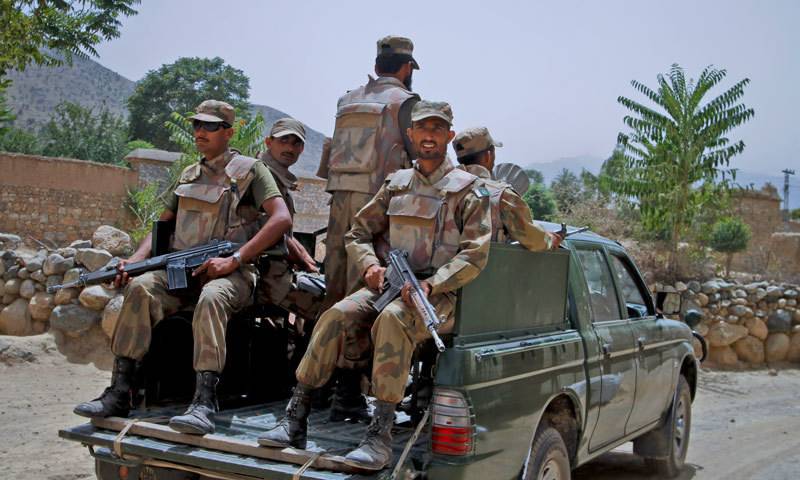 According to sources, the two soldiers who embraced martyrdom have been identified as Naib Subedar Faisal and Naik Naeem.

The injured men have been shifted to a Combined Military Hospital (CHM) nearby. The injured have been identified as Naik Idrees, Sepoy Mudassir and Sepoy Azhar.

Political administrations of the area claimed that terrorists fired rockets on a vehicle carrying members of the security forces Edak area of Mir Ali tehsil.

The area where the attack occurred has been sealed and a search operation for the perpetrators of the attack has been launched.