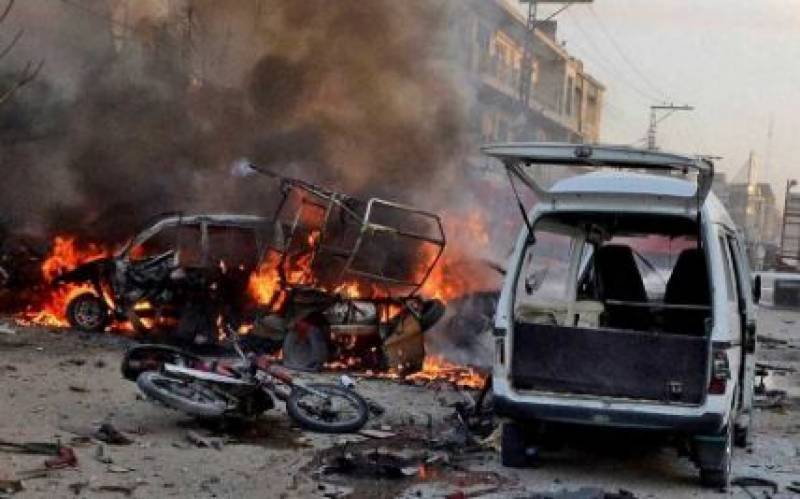 Quetta (Staff Report/Agencies): At least two people were killed and more than 10 others were injured after a motorcycle parked close to a security forces vehicle blew up in Quetta on Tuesday.

According to hospital sources, two bodies were brought to the hospital while another 10 injured have been admitted to the facility's trauma wing.

The number is expected to rise as rescue operations are still under way. An emergency has been declared at the hospital.

Police have cordoned off the area for a search operation.