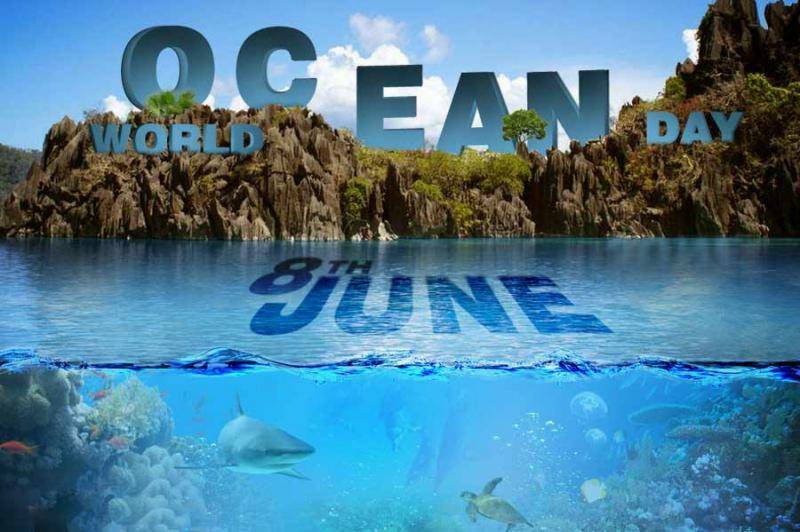 Lahore (Web Desk): World Oceans Day is being observed around the globe including Pakistan on Thursday, 08 June to create awareness among people for the sustainable management and conservation of the world's oceans.

This year’s theme “Our oceans, our future” is connected to the Ocean Conference which took place from 5 to 9 June at United Nations headquarters in New York.

It reminds the world that oceans are a major source of food and water and are a critical part of the biosphere.

The concept of a World Oceans Day was first proposed in 1992 at the Earth Summit in Rio de Janeiro as a way to celebrate world’s shared oceans as well as to raise awareness about the crucial role the ocean plays in our lives and the important ways people can help protect it.

The UN General Assembly (UNGA) on 5 December 2008 designated 8 June as the World Oceans Day through its resolution.

Pakistan Navy celebrated World Oceans Day today with zeal and fervor with the aim to accentuate the significance of oceans and protect the oceans.

Pakistan Navy arranged a number of awareness raising events and activities in connection with the day that included lectures, seminars, quizzes and essay writings at various Pakistan Navy Educational Institutes.