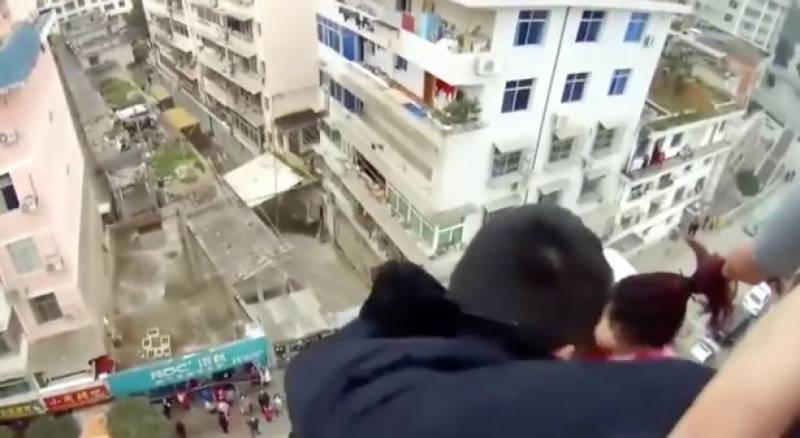 Beijing: (Web Desk): A man saved his wife from suicide attempt as he grabbed her hair to stop her falling from a 65-ft building in Shaanxi Province of China.

A video showed that a man saved his wife's life by grabbing her ponytail as she leaped from the roof of a seven-storey building.

The woman was left dangling by her hair for three minutes as her husband desperately held on before police arrived and pulled her to safety.