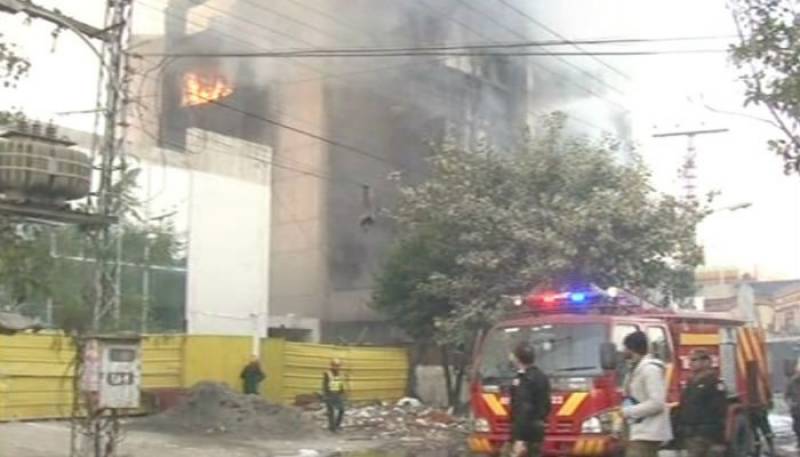 Lahore (Staff Report): A fire broke out in a departmental store on Lahore's MM Alam Road in the wee hours of Tuesday, rescue authorities reported.

According to details, firefighters suddenly reached the spot and doused the fire currently further the cooling process is under way.

The rescue team said that the blaze had quickly spread through and enveloped the entire five-storey building, rescue officials, adding that 10 to 15 fire trucks participated in the effort to douse the flame.

The cause of the fire is yet to be unknown, while no reports of casualty have surfaced either.