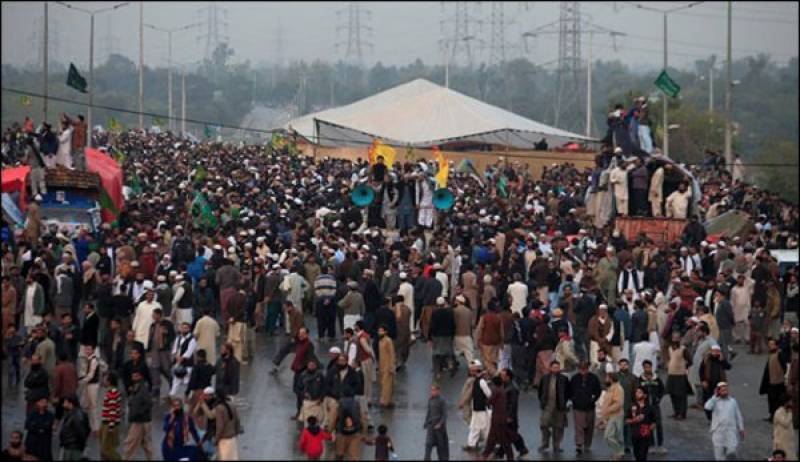 In November last year, TLP workers demanding the resignation of then law minister Zahid Hamid, had staged a weeks-long sit-in at the Faizabad interchange that had virtually paralysed the federal capital and led to several people losing their lives.

On November 21 of the same month, the apex court had taken notice of the sit-in and directed the defence and interior secretaries to submit a detailed report on the matter.

Notices have also been sent to the attorney general, secretaries of interior and defence, Islamabad inspector general of police (IGP) and the Pakistan Electronic Media Regulatory Authority (PEMRA) in this regard.

The three-week long sit-in, which had paralysed the federal capital, was called off on November 27 after protesters reached an agreement with the government.