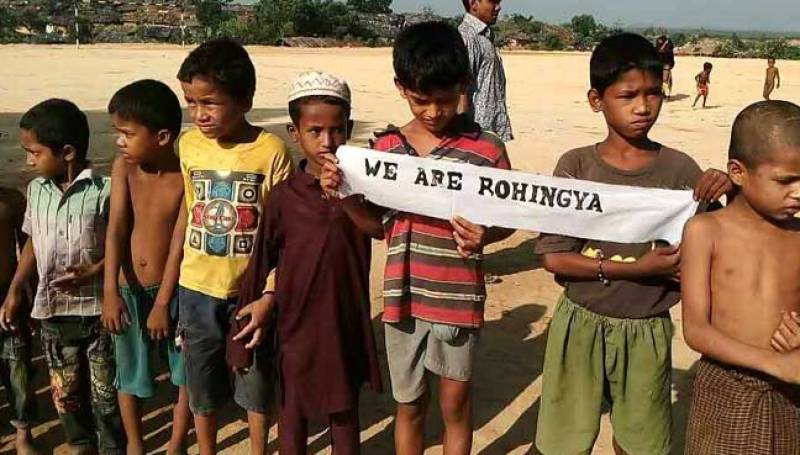 Yangon (Reuters): A top official from the U.N. children's fund (UNICEF) has sought the release of Rohingya children detained in a Myanmar army crackdown on the Muslim minority, the organization's country representative said on Monday.

Children as young as 10 were among hundreds of Rohingya detained on charges of consorting with insurgents, Reuters revealed last month, citing a previously unreleased police document.

Thirteen juveniles were among more than 400 arrested since Oct. 9, when insurgents attacked three police border posts in northern Rakhine State near the frontier with Bangladesh, according to the March 7 document.

The attacks by a previously unknown insurgent group ignited the biggest crisis of leader Aung San Suu Kyi's year in power, prompting more than 75,000 Rohingya to flee the ensuing army crackdown to Bangladesh.

Bertrand Bainvel, the UNICEF representative to Myanmar said, "The issue was discussed in high-level meetings and UNICEF felt encouraged that the issue was known to authorities, who spontaneously shared their concerns and willingness to take action."

The body's deputy executive director, Justin Forsyth, discussed the children with Suu Kyi and army chief Min Aung Hlaing during his recent visit to the country.

There was no clear information on whether or when the children were likely to be released.

A United Nations report issued earlier this year said Myanmar's security forces had committed mass killings and gang rapes against Rohingya during their campaign against the insurgents, which may amount to crimes against humanity.

The military has denied the accusations, saying it was engaged in a legitimate counterinsurgency operation.

The United Nations agreed last month to send an international fact-finding mission to investigate the allegations. Myanmar has opposed the move.

Reuters was unable to establish whether all those provisions, such whether they have been able to communicate with their families or have legal representation, were being followed.

Domestic law says children between seven and 12 are only criminally responsible if mature enough to understand the consequences of their actions. Two listed detainees are under 12, while two are 13.