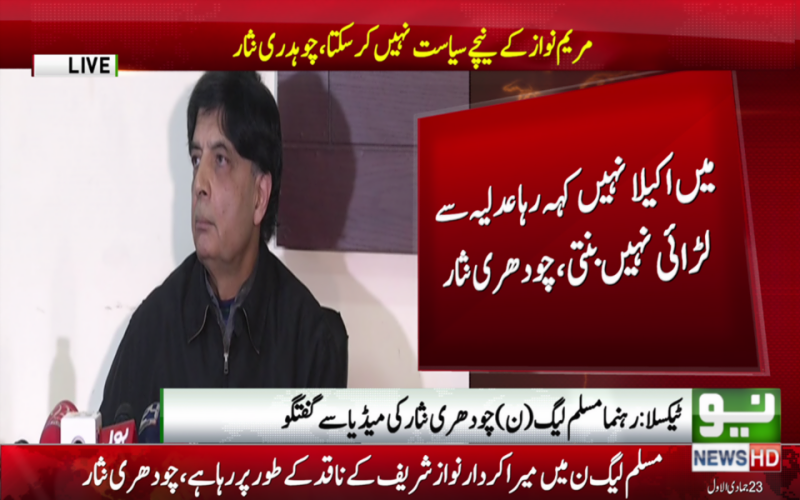 During a press conference, the former minister said that he will work under Punjab Law Minister Shehbaz Sharif and Nawaz but will not work under Maryam, because she is his junior.

Nisar said, In the next presser please have a board put up behind me with instructions that no questions regarding Maryam may be asked.”

Moreover, Nisar said that he hadn’t criticized Nawaz or Maryam over their criticism of the judiciary. “I just pointed out that personal attacks on the judges was wrong.”

Actually he took the stance that he was not a political servant who calls their junior ‘sir or ‘madam’.