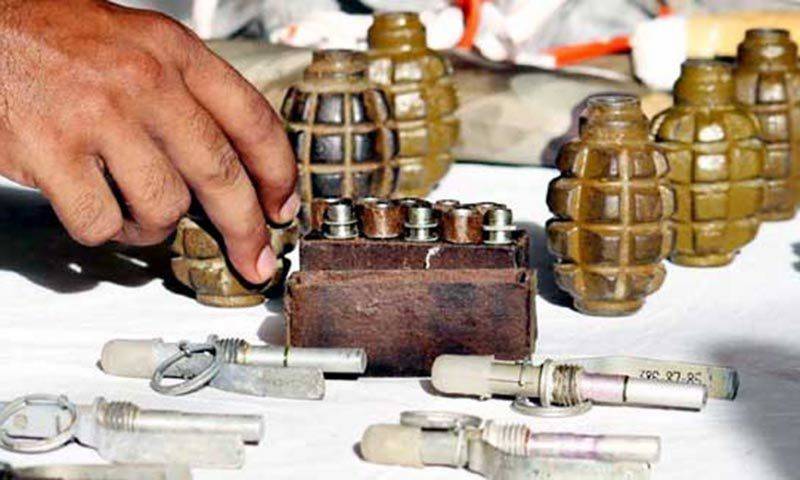 Quetta (Staff Report): Security forces on Wednesday have foiled a major bid of terrorism and seized huge cache of arms and ammunition near Pak-Afghan border area.

The personnel of Frontier Corps along with intelligence officials conducted a joint raid at Bramcha area of district Chaghi located along the porous Pak-Afghan border.

According to security official, the forces recovered suicide jackets, explosives, hand grenades, mortar shells from the compound of the terrorists. He said the terrorists were planning to smuggle the weapons to interior areas of Balochistan. “The terrorists wanted to target projects related to the China-Pakistan Economic Corridor,” the officer claimed. Acting on a tip off, the intelligence agency and FC foiled the terrorism bid, he added.