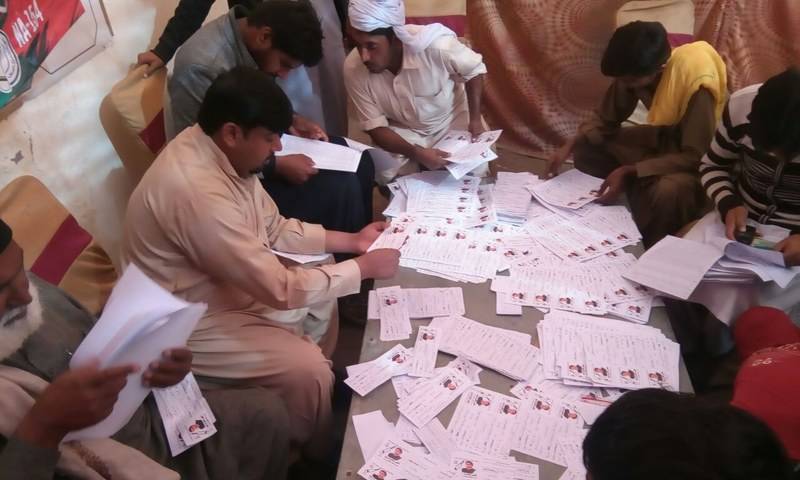 Lodhran (Staff report): Voting for the by election in NA-154 Lodhran has been ended.

According to the returning officer, 431,000 voters will cast their votes in the by-election. A total of 388 polling stations and 1,043 polling booths have been set up to cater to the 431,000-strong population of the region. Army personnel have been deployed at every polling station on the Election Commission of Pakistan's (ECP) request.

The seat fell vacant after the apex court disqualified Jahangir Tareen for not disclosing his assets. The constituency is witnessing a by-poll for the second time in the last five years.

The ECP on Sunday sent out notices fining PML-N's Muhammad Iqbal Shah Rs 30,000 for violating the code of conduct and holding a corner meeting with his associates after the time for electioneering was up.

PTI's Ali Tareen has also been fined Rs 40,000 for holding a political gathering in Lodhran, which was addressed by PTI chief Imran Khan, after the time for electioneering was over in the constituency. The ECP had already warned Khan and Tareen that addressing a rally in Lodhran would be a violation of the ECP code of conduct.