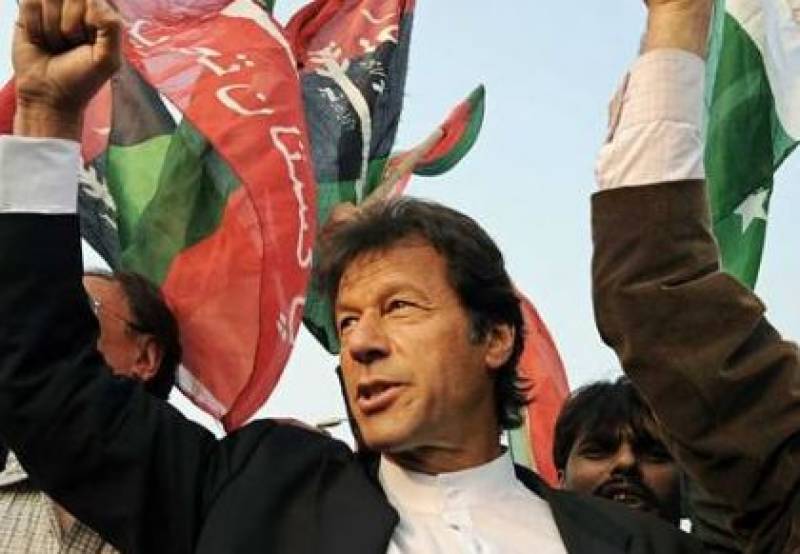 Lahore/Islamabad (Staff Report): Imran Khan’s party seems all set to form the next government in the country. As per unofficial and unconfirmed results, Pakistan Tehreek-e-Insaf (PTI) is leading in as much as 109 seats.

The PML-N and PPP are ahead in 68 and 37 seats respectively.

A party can only form the government if it manages to clinch 172 seats in total.

This has been the culmination of 22 years of struggle. I can honestly say I have given my best for Pakistan. Now I leave the rest to Allah. https://t.co/DHO8zDHuN6

In Punjab, the PML-N is currently leading the race with 137 provincial seats but PTI is closing in with 115 seats.

Meanwhile, PTI is clearly steering ahead in Khyber Pakhtunkhwa with 62 seats against Awami National Party (ANP), which currently has 10 seats, as per the results from 16% polling stations across the province.

The polling started at 8am and ended at 6pm on Wednesday.

According to the electoral rolls, 105.96 million voters were eligible to cast the vote.

In all, 85,307 polling stations were set up across the country.

A public holiday was also observed on the polling day.

According to an ECP official, 5,878 of the polling stations were declared as highly sensitive were from Sindh province, 5,487 from Punjab and Islamabad, 3,874 from Khyber Pakhtunkhwa and FATA, and 1,768 from Balochistan.