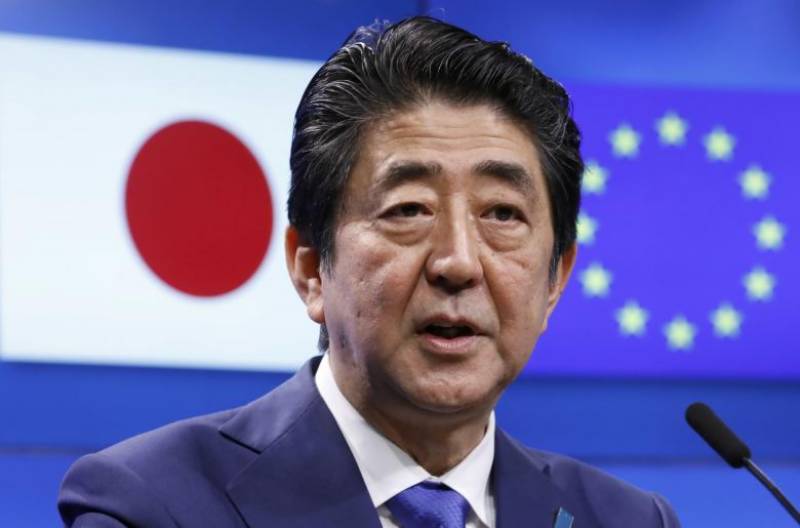 Abe told a parliamentary session, "There is a possibility that North Korea already has a capability to deliver missiles with sarin as warheads."

Members of a Japanese doomsday cult killed 12 people and made thousands ill in 1995 in simultaneous attacks with sarin nerve gas on five Tokyo rush-hour subway trains.

Tensions on the Korean peninsula have escalated over Pyongyang's continued nuclear and missile testing program, with the United States warning it could take unilateral action and sending a navy carrier group to near the Korean peninsula in a show of force aimed at deterring more tests.

North Korea marks the 105th anniversary of the birth of state founder Kim Il Sung on Saturday, North Korea's biggest national day called "Day of the Sun". Leaders have in the past used the date to carry out weapons tests.

North Korea has launched several missile tests this year, the latest on April 5 when it fired a ballistic missile into the sea off its east coast. It conducted its fifth nuclear test on Sept. 9, 2016.