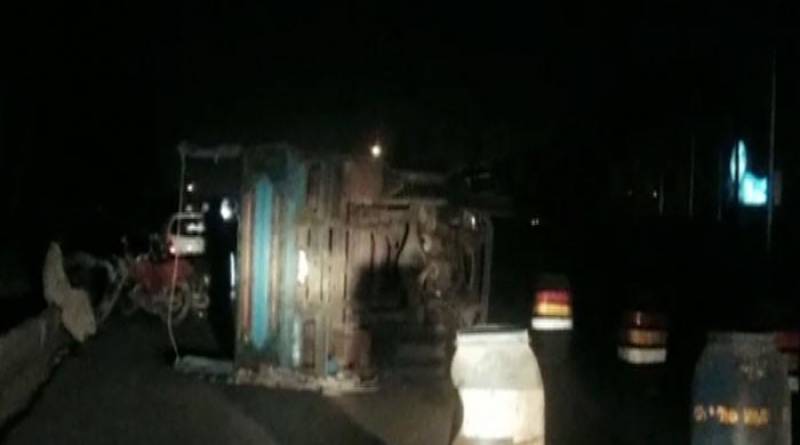 Karachi (Staff Report): In a collision between a truck and a trailer three people were wounded early Thursday, in Karachi.

According to rescue sources, the incident occurred when the two heavy vehicles collided with each other near Drigh Road. It left three people wounded. The wounded persons were shifted to a hospital, sources added.

Police reported, the incident occurred due to over-speeding. Police have arrested drivers of both the vehicles.

The traffic flow was affected as both the vehicles overturned due to the impulse resulting from the crash.

Police officials have called in a crane to clear the road by moving the vehicles away.