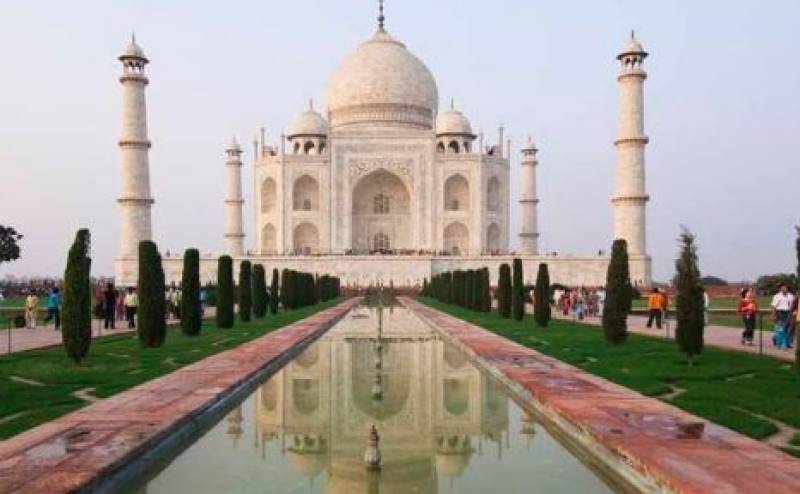 New Delhi (Web Desk): A group of Vishwa Hindu Parishad (VHP) members tried to vandalise the west gate of the Taj Mahal alleging that the Archaeological Survey of India (ASI) is blocking the way to a 400-year-old Shiva temple while constructing a closed area for the Taj Mahal, the Indian Express reported.

It said footage of the incident showed VHP workers with hammers and iron rods trying to vandalise the western entrance of the Taj Mahal (on Basai Ghat) even as they removed the turnstile gate installed by the ASI. The right-wing activists were also raising slogans against them. However, police said there’s an optional path to the Siddheshwar Mahadev Temple on the Basai Ghat, but the right-wing members weren’t satisfied with the explanation.

Meanwhile, after the ASI lodged a complaint, an FIR was registered on the same day against five members of the VHP and the 20-25 of their unidentified associates for rioting, assault or criminal force to deter public servant from discharge of his duty and under the section 7 of Criminal Law Amendment Act and a section of Prevention of Damage to Public Property Act, the Express said.

“On Sunday around 25-30 activists from the VHP came near the western gate of the Taj Mahal and started vandalising the newly installed turnstile gate for ticket collection for Taj Mahal and Saheli ka Burj. The protesters had hammers and iron rods with them. They removed the gate and threw it some around 50 metres from there. Soon the Taj safety police team reached there and stopped them from vandalising more property,” Taj Safety circle officer (CO) Prabhat Kumar said.

The FIR was later registered against VHP members Ravi Dubey, Madan Verma, Mohit Sharma, Niranjan Singh Rathore and Gulla and 20-25 other unidentified VHP members. No arrests have been made so far.