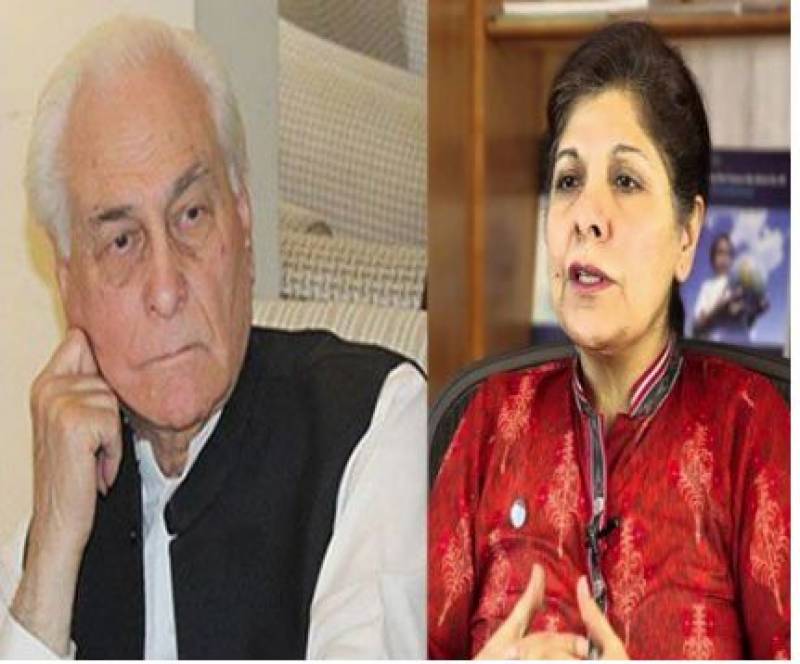 According to a notification issued by the Cabinet Division on Wednesday, Finance and Planning Minister Dr Shamshad Akhtar was given the additional portfolio of privatisation ministry and Interior Minister Mohammad Azam Khan was given the Housing and Works Ministry.

Another notification issued by the Joint Secretary of the Cabinet Dr Iram A Khan, the National Security Division was taken back from Abdullah Hussain Haroon. He will, however, continue to head the Ministry of Foreign Affairs.

President Mamnoon Hussain administered the oath in a ceremony at the Presidency.

Haroon has been given the portfolio of foreign ministry and National Security Division along with the additional portfolio of Ministry of Defence. Akhtar has been appointed finance minister and planning minister in the caretaker setup.

Azam Khan has been given the portfolio of Ministry of Interior, while Yusuf Shaikh has been made minister of education, as per a notification.

Among the newly-inducted cabinet members, Ali Zafar has been given the portfolio of Ministry of Law and Justice as well as Ministry of Parliamentary Affairs and ministry of information.

Meanwhile, Roshan Khursheed will serve as minister of human rights and minster of states and frontier regions along with minister of Kashmir affairs and Gilgit-Baltistan in the caretaker setup, according to the notification.

On June 1, former Chief Justice of Pakistan Justice (retd) Mulk was sworn in as Pakistan’s seventh caretaker prime minister at the President House after second consecutive democratic completed its constitutional term on May 31.

The caretaker cabinet will serve until a new government is elected through the 2018 general election scheduled for July 25.