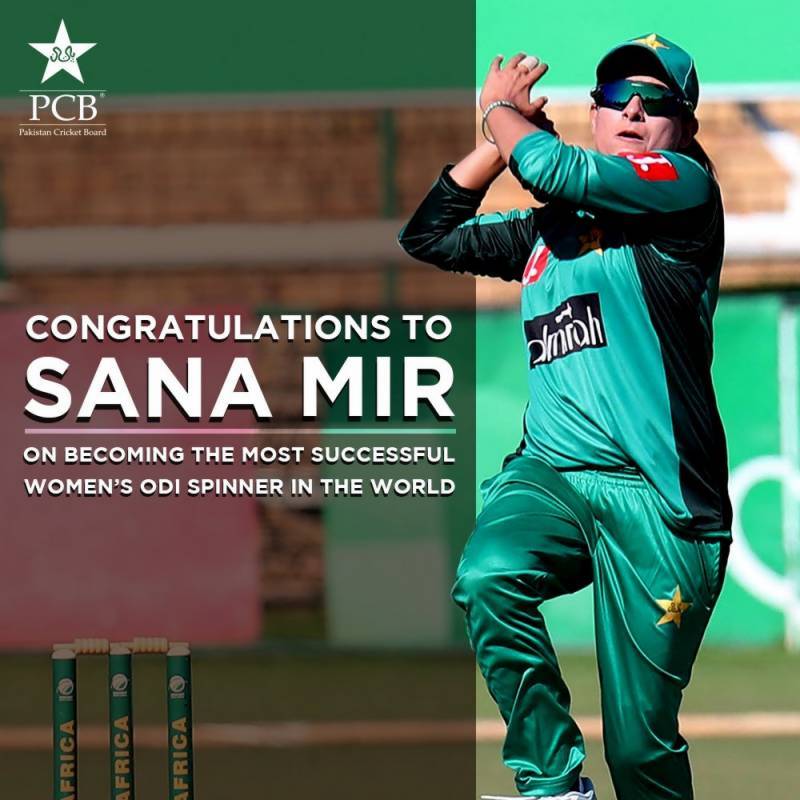 Benoni (Agencies): Pakistan’s off-spinner Sana Mir became the most successful women’s ODI spinner in the world after dismissing South Africa’s Sune Luus in the third One-Day International of the ICC Women’s Championship which ended in a thrilling tie at the Willowmoore Park on Sunday.

It was Sana’s 147th ODI wicket in her 118th appearance, helping her leapfrog Anisa Mohammed of the Windies and Australia’s Lisa Sthalekar into third place on the all-time list of most successful bowlers, behind fast bowlers Jhulan Goswami of India (218) and Australia’s Cathryn Fitzpatrick (180).

Luus’ dismissal came in 49th over of the South African innings as they set the visitors a target of 266 after being put into bat with openers Lizelle Lee (57) and Laura Wolvaardt (56) giving them a solid start in a 75-run first-wicket partnership.

Javeria Khan (74) and Aliya Riaz (71) led Pakistan’s reply with tailender Nashra Sandhu hitting a six off the penultimate ball of the match and then taking a single off the final ball with two runs to secure a tie that meant the series finished in a 1-1 draw.

The result means Pakistan occupy the fifth spot in the ICC Women’s Championship rankings with 15 points from as many games, one more than New Zealand who have 14 points.