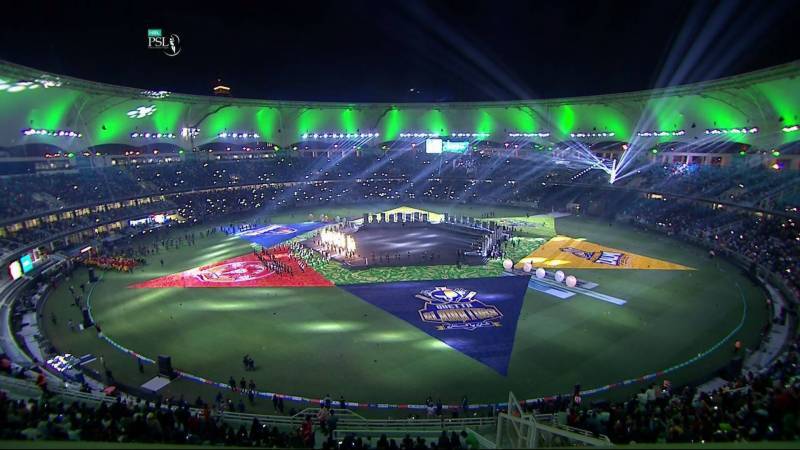 The event started with the national anthem of Pakistan.

The PCB Chairman Ehsan Mani kicked-off the event with paying thanks to the commercial partners and the fans who continue to extend their support to the league.

Islamabad United are the reigning champions and also the PSL's most successful side, having won both the inaugural and last year's events.

The opening ceremony has been followed by PSL 2019's first match, which is being played between United and Lahore Qalandars.