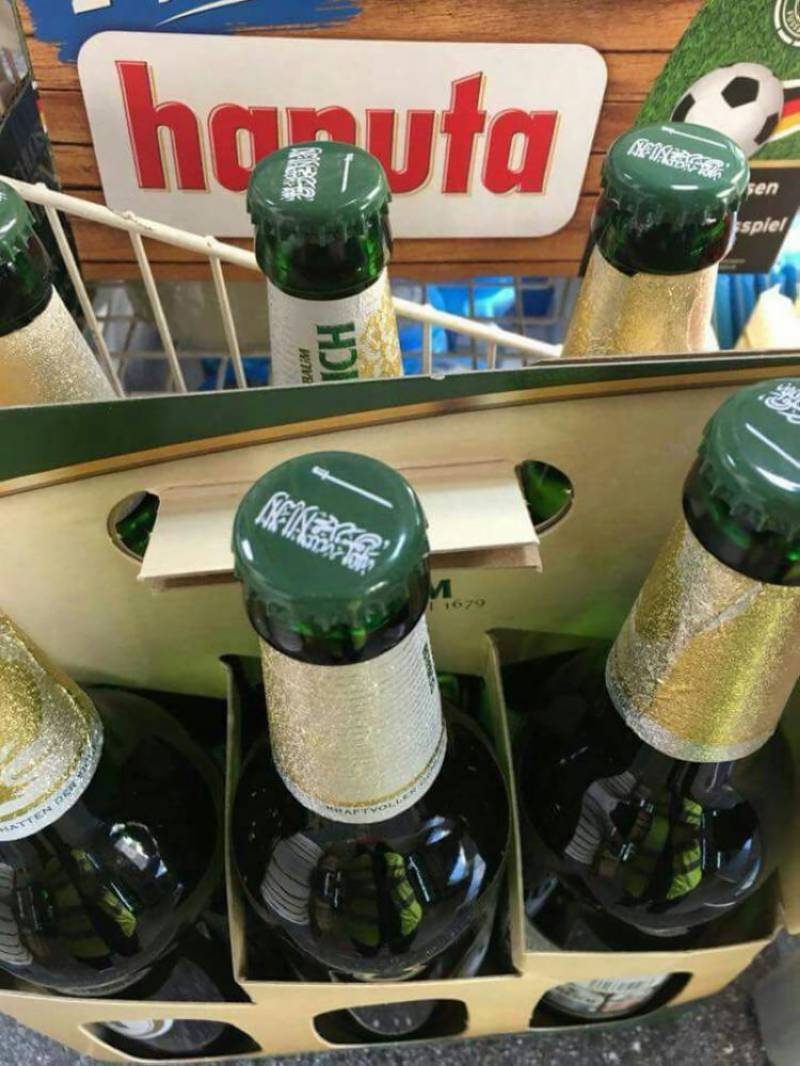 According to details, Germany's Eichbaum brewery recently launched the campaign featuring the flags of the 32 countries set to compete in the World Cup this summer, the German newspaper Deutsche Welle reported on Saturday. Saudi Arabia's flag was of course included, but many Muslims saw the inclusion as offensive.

Either ignorance or attention seeking, both reasons don't justify such a "mistake". & yes it is a big deal. #RespectDifferences #eichbaum #SaudiArabia pic.twitter.com/ra8NNquKpU

The kingdom's flag features the "Kalimat Al-Tawheed" or the Muslim declaration of faith. As Islam forbids the consumption of alcohol, many took issue with the important religious words being printed on a beer bottle.

After the condemnation and anger from Muslims, German brewing company has halted a World Cup marketing campaign.