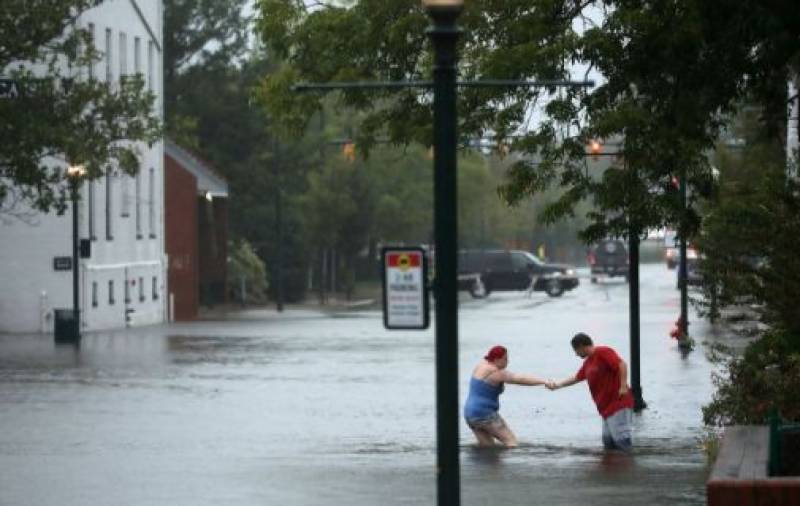 Pelting rains and screaming winds are destroying buildings in its path, while "catastrophic" flooding is expected in parts of the Carolinas.

More than 60 people had to be pulled from a collapsing motel at the height of the storm on Friday morning, and many more who defied evacuation orders are hoping to be rescued. Pieces of buildings ripped apart by the storm flew through the air.

The powerful storm inundated coastal streets with ocean water and left tens of thousands without power.

At 7am, Florence was centred just 5 miles east of Wilmington, North Carolina. Its forward movement was 6 mph. Hurricane-force winds extended 90 miles from its centre, and tropical-storm-force winds up to 195 miles.

Winds bent trees towards the ground and raindrops flew sideways as Florence moved in for an extended stay, with enough of its killer winds swirling overseas to maintain its power. Forecasters said the onslaught could last for days, leaving a wide area under water from both heavy downpours and rising seas.

New Bern Police Lt David Daniels said early Friday morning that between 150 and 200 people had been rescued so far, with others still waiting for help.

Nearly 300,000 customers in North Carolina were meanwhile reported to be without power as the outer band of the storm approached.