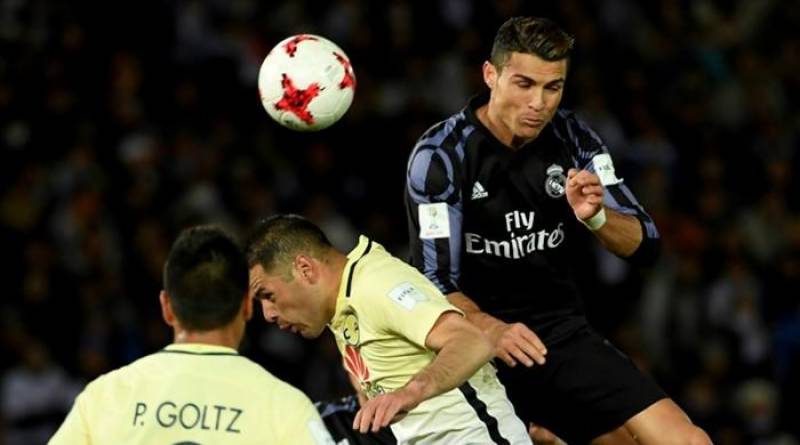 Yokohama (Online): Portuguese superstar Cristiano Ronaldo hit his 500th club goal on Thursday as Real Madrid made it to the Club World Cup final after defeating Mexico's Club America by 2-0 in Japan.

The Spanish giants will face shock finalists Kashima Antlers, the J-League champions, in Yokohama on Sunday as they look to capture their second world title in three years and fifth in total.

"Our sole aim was to reach the final -- so it's job done," Real coach Zinedine Zidane told reporters after goals from Karim Benzema and Ronaldo extended his side's club record unbeaten run to 36 matches in all competitions.

The Frenchman added, "We didn't have a great rhythm in the first half, but in the second half we created more chances and Cristiano was able to kill the game off so I'm very happy."

"It was a long flight to Japan and we have very few days to rest and prepare for the final, but we have come here to win this Club World Cup."

His countryman Benzema said, "It was a hard game against a tough team. The conditions were difficult too with the long journey we've had, but we played well and won the game -- now for the final."

Benzema struck in first-half stoppage time with Ronaldo firing blanks until scoring with virtually the last kick of the game, finishing clinically with the outside of his right boot after a deft pass from Toni Kroos.

Ronaldo, who scooped his fourth Ballon d'Or earlier this week, had already squandered a gilt-edged opportunity by heading against the post.

The superstar also saw two pricking efforts halted by goalkeeper Moises Munoz but his dogged persistence paid off when he swept home from a tight angle deep into injury time.

Ronaldo's face turned to thunder as the Mexicans protested he had been offside, until Paraguayan referee Enrique Caceres finally indicated that the goal stood.

The 31-year-old Ronaldo has hit a remarkable 377 goals in 366 games for Real with 118 more in 292 games for Manchester United and five in 31 for Sporting before that.

Club America coach Ricardo La Volpe insisted his side had been unfortunate to lose.

"I think the luck was against," growled the firebrand Argentine.

"Real Madrid was not the better team. I told the players they can be proud of the way they fought," he added. "It was a very tight game which we dominated for periods, but we were not aggressive enough. We just couldn't find the final ball."