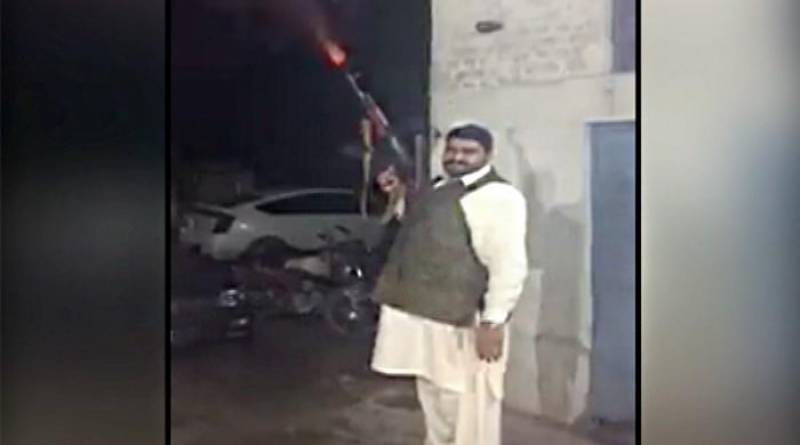 Lahore (Staff Report): Police detained a man accused of aerial firing today (Tuesday), while the main suspect of the case is reportedly at large in Nawan Kot.

Punjab Chief Minister Shahbaz Sharif took immediate notice after footage of aerial firing aired on news channels by the suspects and directed the authorities to arrest the people involved in the act. Police arrested, Honey, while the main suspect Chaudhry Sufiyan, is still at large.

Police maintain that raids are being conducted for his arrest.