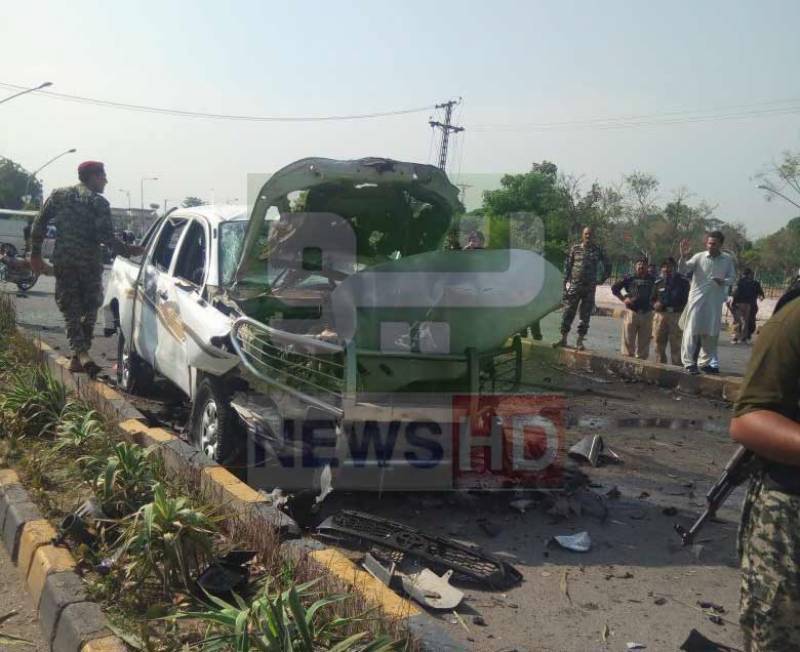 Peshawar (Web Desk): At least two security personnel of Frontier Corps (FC) were martyred while four were injured in an explosion in Hayatabad area of the city Monday morning.

According to Peshawar Cantonment SP Imran Malik, the suicide attack targeted a Frontier Corps vehicle. He added the vehicle was moving when the incident took place.

The rescue forces have cordoned off the area and shifted the injured to Hayatabad Medical Complex.