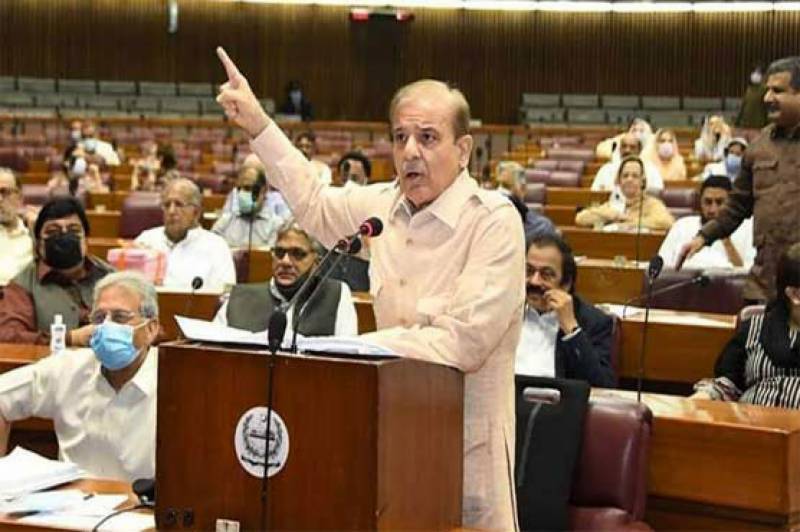 Speaking on the floor of the House, the Opposition leader said that the federal budget proposed by the Pakistan Tehreek-e-Insaf’s (PTI) government will further increase poverty and inflation in the country.

Slamming the government, the Opposition leader said that the budget was "fake", as the pockets of the poor people were "empty" and they were not able to feed their families.

Shehbaz Sharif said that 20 million people have been pushed below the poverty line during the last three years while the growth rate has come down drastically in the last year.

He said that the wages of labourers have fallen by 18% in the last three years as people are inquiring about the promised 10 million jobs and 5 million houses.

Shehbaz said that instead of solving issues such as food inflation, the PTI government had spent the time "taking revenge from the opposition". He said nobody was saying that accountability should not happen but "fairness should be the benchmark" for it.

The PML-N leader pointed out that there was a "lack of trust" among provinces and between the provinces and the federal government, claiming that "such differences have never been seen before."

He further said that the legislation that has been passed in recent days is not in accordance with the Constitution and the country's law as there were many flaws in it.

“Our voice was not heard, we played our role in the Senate and stopped it,” he said, “A committee should be formed in this regard.”

On this, the NA speaker said that a committee, comprising members of the government and the opposition, would be formed to review the legislative process.

Earlier in the day, Defence Minister Pervez Khattak announced that the government and Opposition have reached an agreement to run the National Assembly 'in an orderly manner'.

The minister regretted that the ruckus in the assembly was not a good omen for the Constitution and democracy and condemned the unfortunate events in the house.

“It is the responsibility of both the Opposition and the government to maintain order in the House. We must respect each other," he said.

On Wednesday, NA Speaker Asad Qaisar again adjourned the proceedings due to chaotic behaviour by both treasury as well as opposition members.

Later, he barred entry of seven lawmakers into the Parliament House over ‘grossly disorderly’ conduct.

On Thursday, the NA Speaker lifted ban on the seven MNAs who were barred from entering the House over ‘disorderly’ conduct.