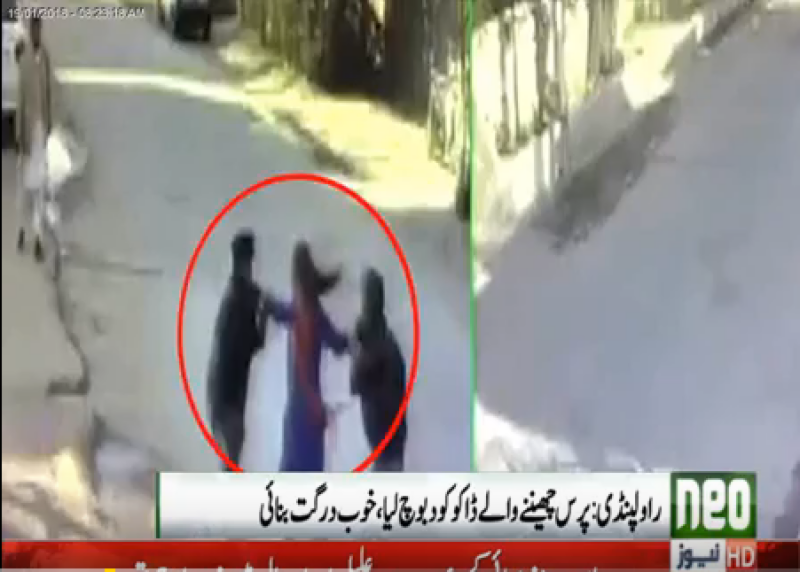 Rawalpindi (Staff Report): A brave woman beat two robbers after their failed attempt to snatch her bag in the remits of the New Town Police Station.

According to details, two bike riders tried to snatch the hand bag of a girl but the brave girl made their attempt failed as their motorcycle skids and they both fall to the ground. The girl succeed to grab one of the two boys while other flee.

Though the woman has not yet been identified yet, social media users have appreciated her bravery.

Watch the CCTV footage of the incident here: