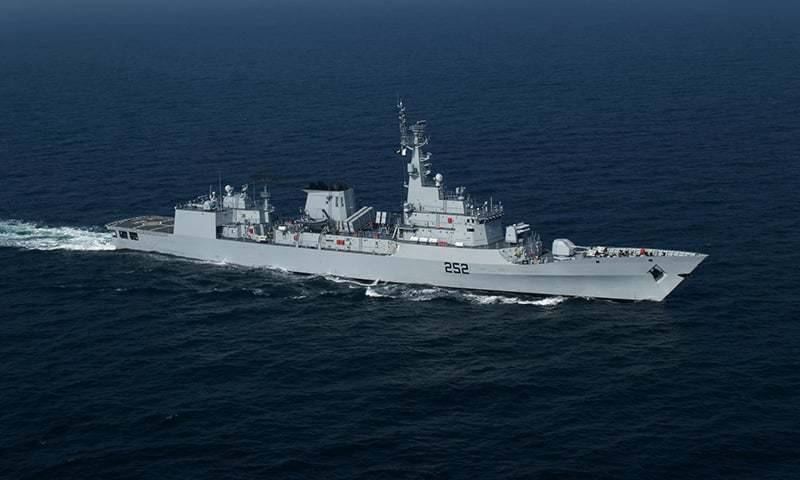 PN Ships were received by Commander Operations, Western Naval Base of Sri Lankan Navy and Defence Attach’ of Pakistan to Sri Lanka upon arrival at Colombo.

A large score of Sri Lankan Navy officers and men were also present on the occasion.

The Mission Commander onboard PNS NASR hosted a reception dinner.

PN flotilla conducted exercises with Sri Lankan Navy Ships SAGARA (P-622) & SURANIMILA (P-702) in the Indian Ocean on culmination of port visit for the purpose of enhancing interoperability and operational coordination between the two Navies.

It is expected that recent visit by PN Ships to Sri Lanka will further strengthen bilateral relations and naval collaboration between both the navies.