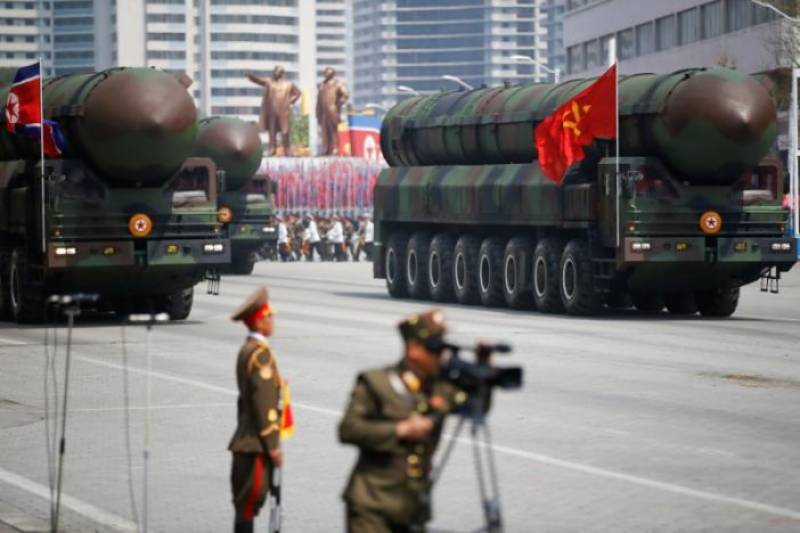 US President Donald Trump has taken a hard line with North Korean leader Kim Jong Un, who has rebuffed admonitions from sole major ally China and proceeded with nuclear and missile programmes in defiance of UN Security Council sanctions.

The Rodong Sinmun, the official newspaper of the North's ruling Workers' Party, did not mince its words. "In the case of our super-mighty preemptive strike being launched, it will completely and immediately wipe out not only U.S. imperialists' invasion forces in South Korea and its surrounding areas but the U.S. mainland and reduce them to ashes," it said.

Reclusive North Korea regularly threatens to destroy Japan, South Korea and the United States and has shown no let-up in its belligerence after a failed missile test on Sunday, a day after putting on a huge display of missiles at a parade in Pyongyang.

"We're reviewing all the status of North Korea, both in terms of state sponsorship of terrorism as well as the other ways in which we can bring pressure on the regime in Pyongyang to re-engage with us, but re-engage with us on a different footing than past talks have been held," Tillerson told reporters in Washington on Wednesday.

US Vice President Mike Pence, on a tour of Asian allies, has said repeatedly an "era of strategic patience" with North Korea is over. US House of Representatives Speaker Paul Ryan said during a visit to London the military option must be part of the pressure brought to bear.

"Allowing this dictator to have that kind of power is not something that civilised nations can allow to happen," he said in reference to Kim. Ryan said he was encouraged by the results of efforts to work with China to reduce tension, but that it was unacceptable North Korea might be able to strike allies with nuclear weapons.

North and South Korea are technically still at war because their 1950-53 conflict ended in a truce, not a peace treaty.