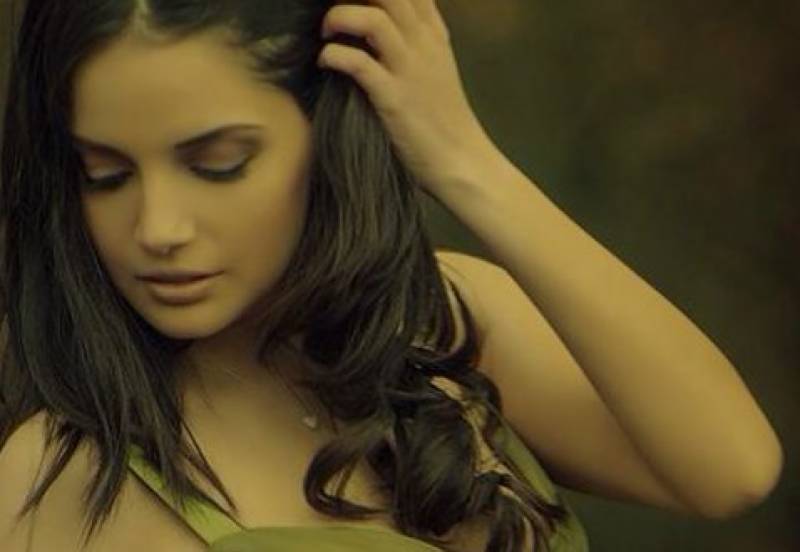 Karachi (Web Desk): Armeena Khan shared a glimpse of her look from a British sci-fi short film ‘The Achilles Protocol’. The actress usually like to keeps things highly confidential about her upcoming projects, but this time she tweeted a photo of her character and wrote: "Meet ISIS, the A.I robot gone rogue in #theachelliesprotocol COMING SOON. #Sci-fi #Britishshortfilm

The film will see Armeena play "a robot that is about to be decommission". The short film will see Armeena Khan in the lead role and also stars Christopher Faith, Mark Hill and Grace Riley. It has been written and directed by Aatif Zafar.

In an earlier interview, the ‘Janaan’ actor told media, "This is the first time I will be seen in this avatar. It is a far cry from the regular portrayals of [women] that the Pakistani audiences are used to. I am playing the main antagonist and female lead in the film."

"It will primarily release on the International Film Festival circuit. Then it will have a limited international release through various many different nationalities. But of course, I will fly the flag for Pakistan in this project," Armeena revealed on the release of the film.