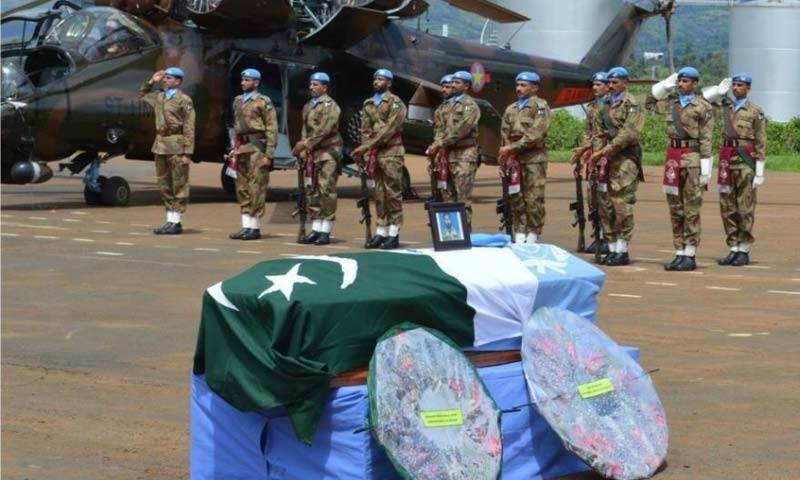 According to details, the two soldiers were killed during a UN peacemaking mission in the Democratic Republic of Congo (DRC).

According to details, the two soldiers, Sepoys Muhammad Ishtiaq Abbasi and Tariq Javeed, were members of the Pakistani contingent of the UN Organisation Stabilisation Mission in the DRC, known as MONUSCO.

The secretary-general conveyed his sympathies to the Pakistani government and to the grief-stricken families of the soldiers in a letter to Pakistan's UN Ambassador Maleeha Lodhi.

He also lauded the soldiers' contribution to the UN efforts for peace in the DRC.

He wrote, “I would also like to express to you my gratitude for the valuable support that the Government of Pakistan continues to provide to this important peacekeeping mission.”

Around the world, Pakistan is among the top contributors to UN peacekeeping operations, with more than 7,000 Pakistanis serving as blue helmets, currently.

During the past decades, more than 170,000 Pakistanis have served in UN peacekeeping missions across the world and 146 soldiers have sacrifices their lives.