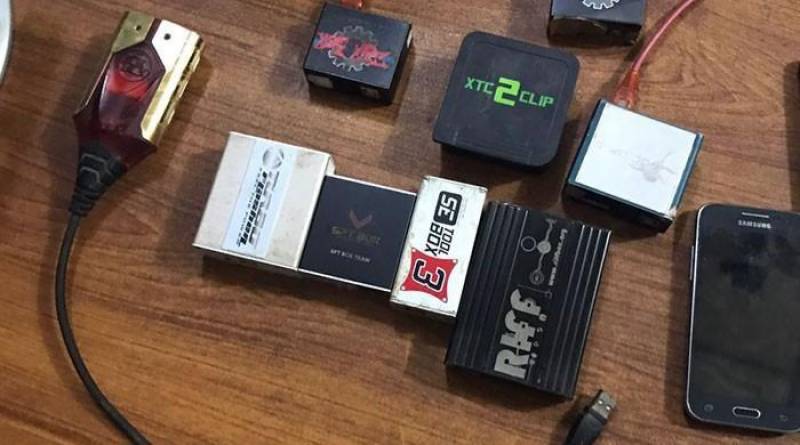 Police has also recovered devices used in changing the number and computer systems during the raid.

The investigation reports revealed that the accuced were involved in the felony for several years and have confessed the crime of changed IMEI number of thousands of mobile phones.

SIU reported that police were preparing to nab other suspected shopkeepers who were also involved in the crime.

According to reports that the SIU had sent five policemen in civil dress as customers earlier to the market to trap the criminals involved in the offense, adding that many shopkeepers were willing to unblock mobile phones blocked by CPLC.

“He will not support such type of illegal work in the market and he will stand with the police in good work”, Chairman of Electronic Market Association Rizwan said.