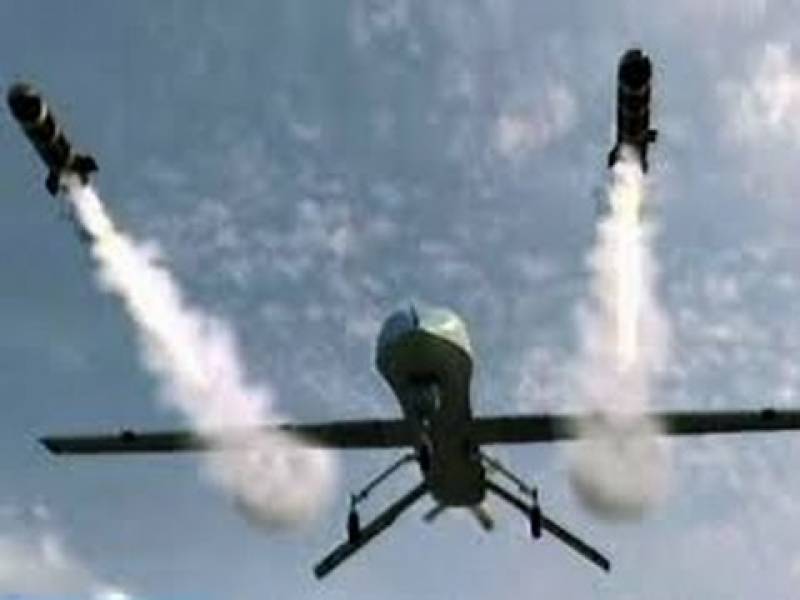 Parachinar (Reuters): A suspected US drone attack on a house in northwestern Pakistan killed two militants from the Afghan Taliban-allied Haqqani network, the sources claimed on Wednesday.

Two missiles hit a house and killed militants Ahsan Khorai and Nasir Mehmood in the village of Dapa Mamozai in the Federally Administered Tribal Areas (FATA), according to a police officer and an intelligence official.

“Two militants from Haqqani network were killed in the drone attack,” the intelligence official based in the area said.

There has been a slight uptick in US drone strikes inside Pakistan in the mountainous border regions bordering Afghanistan since US President Donald Trump took office in January 2017, though they are a long way off their peak in 2010.

Earlier this month, one man was severely wounded in a suspected drone attack in FATA, while another Haqqani militant was killed on Dec. 26 in a suspected US drone strike inside Pakistan.

Trump has taken a hardline stance on Pakistan, which he says provides safe haven to high-level commanders from the Haqqani network, a group which often conducts deadly attacks in Afghanistan.

Relations between Washington and Islamabad have frayed over the past month in the wake of Trump’s angry tweet on Jan. 1 about Pakistan’s “lies and deceit” over its alleged support for the Afghan Taliban and their allies. The United States this month also suspended military assistance worth about $2 billion.

Islamabad denies sheltering militants and accuses Washington of not respecting Pakistan’s vast sacrifices in the war on militancy.

Over the past decade, almost all US drone strikes inside Pakistan have taken place within FATA, but some Pakistani officials fear the United States under Trump will begin carrying out strikes outside the tribal areas.