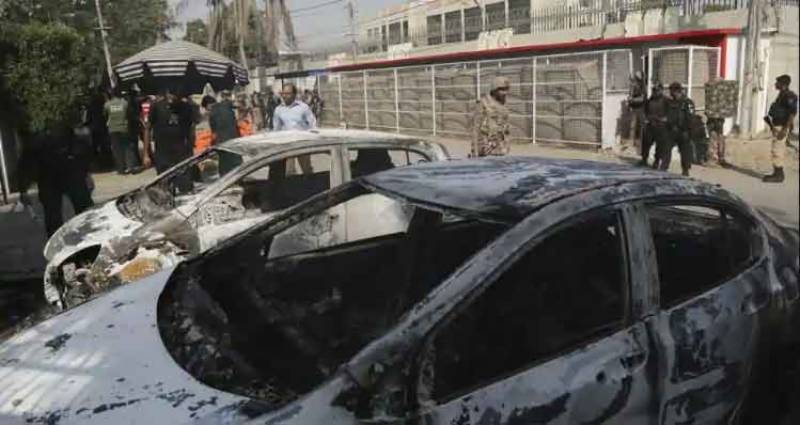 According to sources, the two suspects were arrested from Karachi and Shahdadpur in a joint operation by police and other law enforcement agencies.

The sources said that one of the suspects is believed to have been in contact with the terrorists before they attacked the consulate.

The identity of the suspects had not been disclosed while they were shifted to an undisclosed location for further investigation.

The security forces on Friday foiled an attack on the Chinese consulate in Clifton area of Karachi, killing all three terrorists and seizing hand grenades, Kalashnikov bullets, magazines and explosives.

Two policemen, ASI Ashraf Dawood and Constable Amir, were martyred during the operation against the terrorists.

According to police, two civilians, a father and a son who had come from Quetta for visas, were also killed, while, a security guard was critically injured.

Meanwhile, a case against the terrorist attack was registered at Counter Terrorism Department (CTD) police station by SHO Boat Basin in Karachi on Saturday.

‘Karachi Chinese consulate attack was planned in Afghanistan with ...