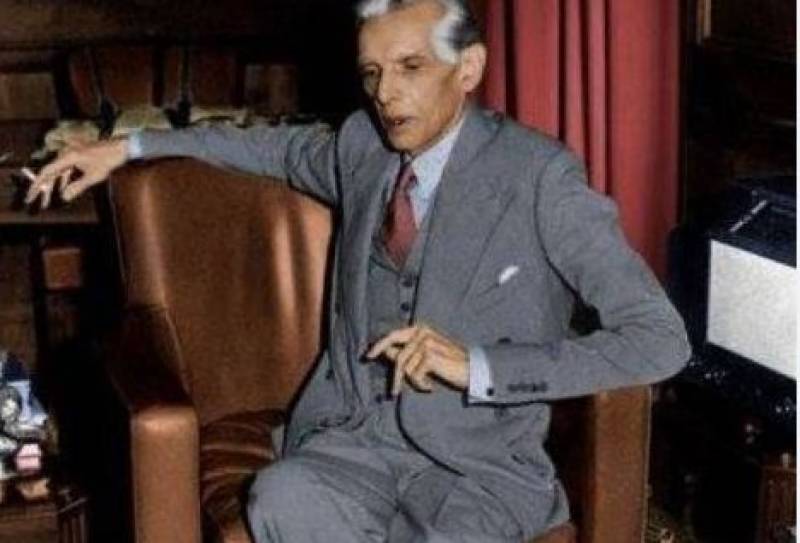 Karachi (Agencies): The nation is celebrating 142nd birth anniversary of Quaid-e-Azam Muhammad Ali Jinnah by paying tribute to the father of the nation.

The day began with a change of guard ceremony at the Quaid’s mausoleum in Karachi early Tuesday morning where contingent of Pakistan Military Academy Kakul assumed the guard’s duty from Pakistan Airforce.

People from various walks of life will visit the mausoleum of Quaid-e-Azam to pay homage to the founder of Pakistan.

In their separate messages on the day, President Dr. Arif Alvi and Prime Minister Imran Khan have called for adhering to the vision of Quaid-e-Azam Muhammad Ali Jinnah and following his guiding principles of unity, faith and discipline in our individual as well as collective lives.

The President in his message said Quaid-e-Azam’s vision and thoughts are as relevant today as they were seven decades ago.

In his message, President Arif Alvi underscored that Jinnah’s vision and thoughts were as relevant today as they were seven decades ago.

“It is an occasion for all of us to rejoice and reaffirm our commitment to the ideals of democracy, egalitarianism, constitutionalism and rule of law which were upheld by our great leader throughout his life.”

He said Jinnah “united the discordant Muslims of sub-continent, welded them into a nation and secured a separate and independent homeland for them where they could spend their lives in accordance with their own custom and their traditions.”

President Alvi stated that Jinnah steered the Muslim of sub-continent during the most tumultuous of times and enabled them to withstand heavy odds and to achieve independence through a democratic struggle.

He urged the nation to “forge unity among their ranks in order to eradicate menaces of extremism, terrorism and corruption from our society.”

“The best way to pay homage to our Quaid is to adhere to his vision and follow his guiding principles of Unity, Faith and Discipline, in our individual as well as collective lives,” Prime Minister Imran Khan said in his message.

“Our Quaid rekindled a hope amongst the oppressed Muslims of sub-continent, led constitutional struggle and brought into fruition the idea of carving out an independent Muslim state on the map of the world.”

The premier urged to reflected that Jinnah “envisioned a state where we could live and breathe as free men, where we could enjoy freedom from fear and want; where we could fashion their lives according to our religious and cultural values, and where the principles of State of Madina could be followed to create a just and prosperous society.”

“The Quaid had wanted a society where every citizen enjoys the privileges of equal rights; where rule of law reigns supreme and establishment of a state which provides its umbrella to marginalized and vulnerable and also facilitates growth of every individual to his/her full capabilities.”

“Let us reiterate today that the mistakes of past shall never be repeated and we all will work, as one nation, to transform vision of the Quaid into reality and to take the country to its rightful place among the comity of nations,” he said.