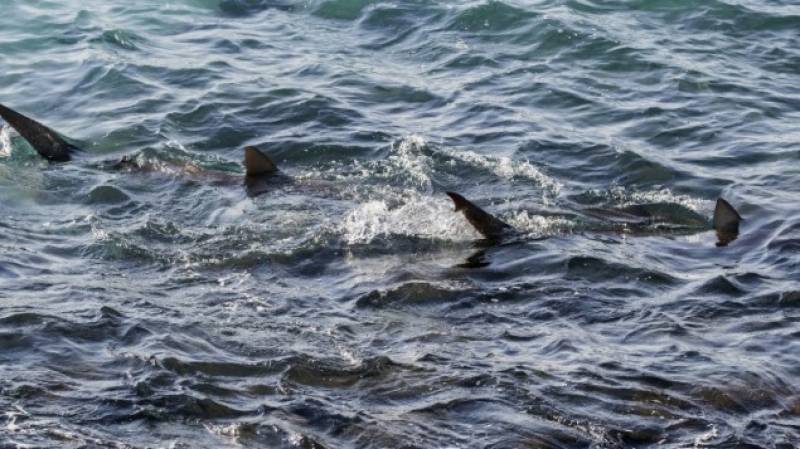 Jerusalem: Israel northern coast has suddenly drawn attention due to the large gathering of Sandbar sharks. About 100 Dusky and Sandbar shark are spotted in groups at the eastern Mediterranean shore of northern Israel getting attention of enthusiasts, divers and photographers.

The spies can grow to a length of three meters (10 feet) and may be drawn by the warm water discharged from the turbines of the Orot Rabin power station near the coastal town of Hadera, said Adi Barash, a marine scientist at Haifa University.

"You can actually stand on the shore and watch the sharks in the water," Barash said. We don't know any other place like this, definitely not in the Mediterranean.

Using drones fitted with cameras and underwater photography equipment, shark enthusiasts have captured images of the species in an area where Barash said they are particularly vulnerable.

"Sharks are disappearing all over the world, and the worst place to be a shark is in the Mediterranean," Barash said. "Their numbers are decreasing very fast and the fact that you can see big sharks close to shore is amazing."

As word of the sharks' presence has spread, divers and swimmers have also tried to take a closer look. Authorities have cautioned that although the species are not considered a threat to humans, they might attack if they feel vulnerable.