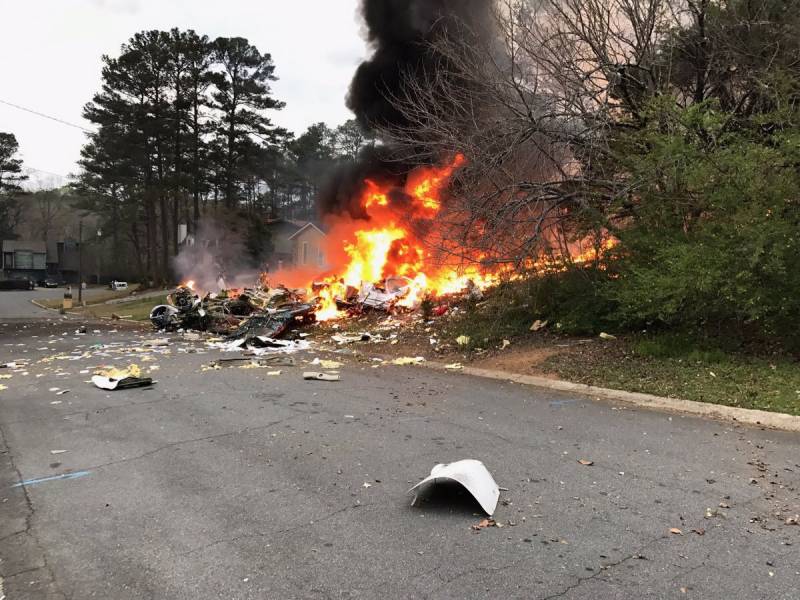 Georgia, United States (Web Desk): One person dead in Marietta, Georgia, after a plane crashed in front of a house in a Cobb County neighborhood, resulting fire.

According to US media, some of the residents in the neighborhood said they witnessed the plane as it came down while they were hanging out in their backyard.

US media reported that one person dead at the scene, shortly after 9:30pm. WSB reported the deceased to be the pilot. The crash occurred around 7:20pm Friday.

Traffic was being redirected around the Cobb County neighborhood, WSB reported. The local station also reported no injuries in the home.