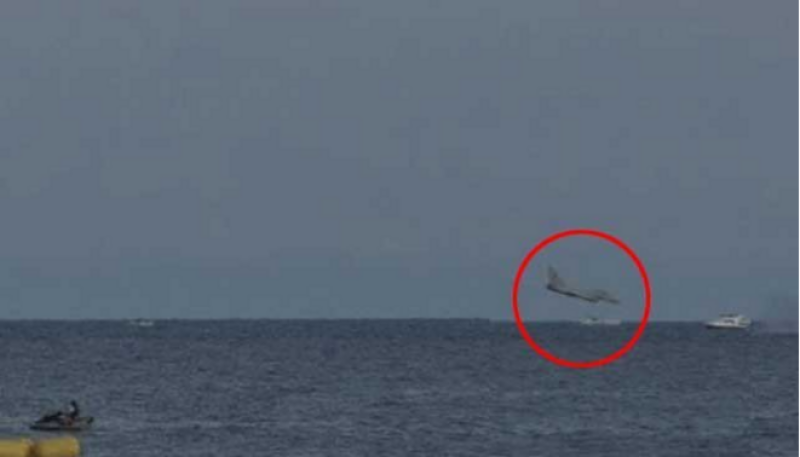 Shocking Twitter footage shows the £125m aircraft streaking above the clouds as it starts a huge loop-the-loop manoeuvre.

The Typhoon traveled dangerously close to the sea during the stunt routine but the trick went horribly wrong when the jet plunged towards the sea as the desperate pilot battled to regain altitude. According to details, Captain Gabriele Orlandi was killed when the Italian Air Force F-2000A Typhoon crashed into the sea just off the coast of Terrancia - 47 miles south of Rome.

After 90 minutes of the crash the air force reported that the body of the 36-year-old pilot was recovered however, an investigation is now under way. Powerless onlookers watch the £125m jet begins its fatal plunge. One spectator told Italian media, "It was terrible. The plane should have touched the water and then traced back but instead crashed to the sea." The video still shows the jet smashing into the Mediterranean sea leaving a cloud of water and debris.