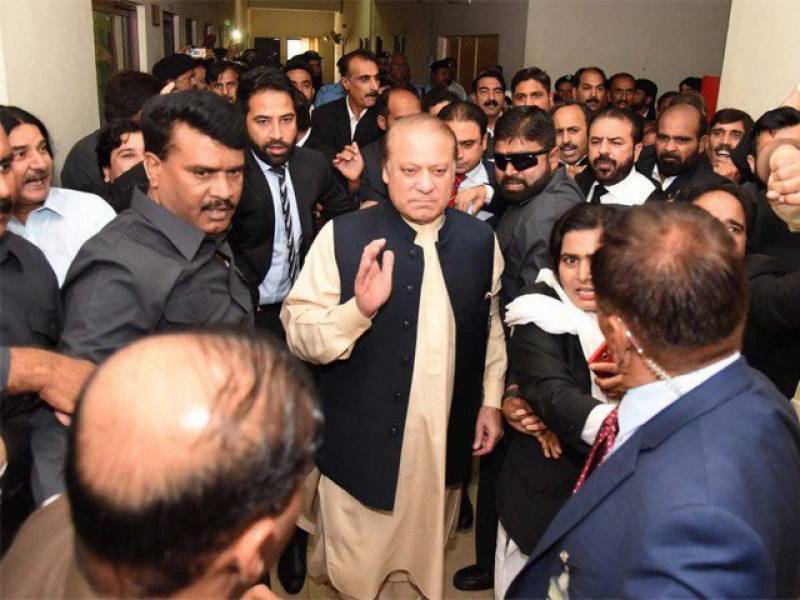 Islamabad (Staff Report): The Accountability court on Tuesday, hearing corruption cases against the Sharif family ordered that former premier Nawaz Sharif will be indicted on October 2.

According to details, the court issued bailable arrest warrants for Nawaz's children (daughter Maryam, sons Hussain and Hasan) and son-in-law MNA Capt (retd) Safdar as they failed to appear in court today despite two earlier summons.

Earlier today, Judge Mohammad Bashir hearing the cases against Nawaz Sharif and his children allowed him to exit the court after marking his attendance so the proceedings could begin properly.

The National Accountability Bureau (NAB) had been summoned Nawaz and his family members with regards to three corruption references filed against them.