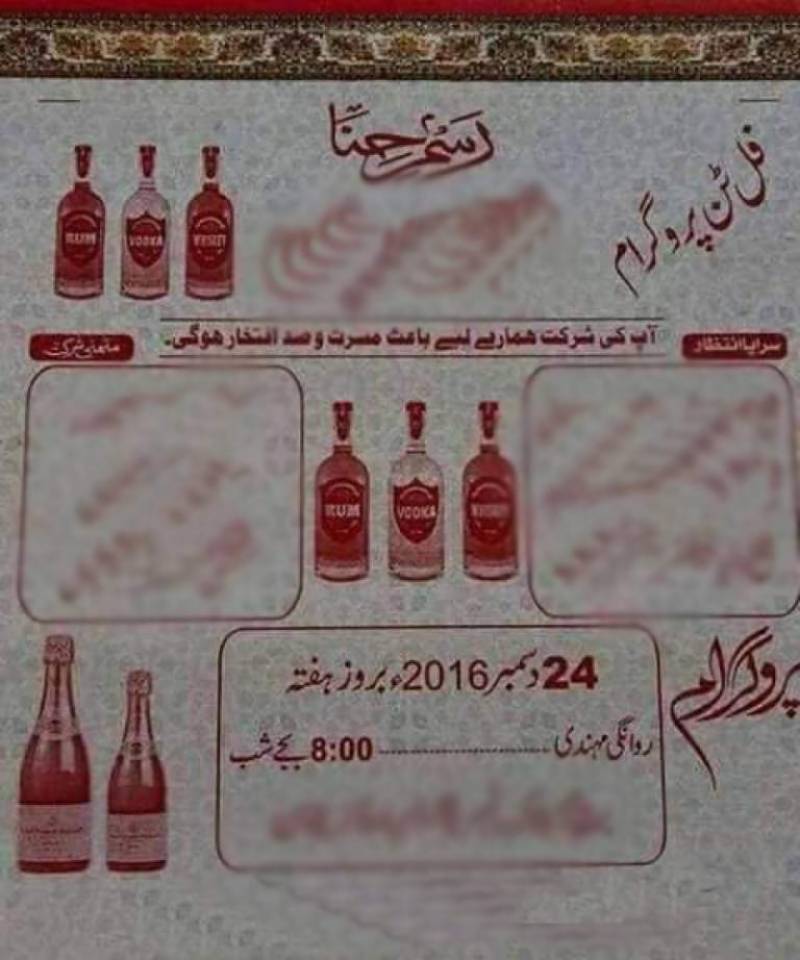 As per details, picture of an invitation card stating that a ‘Full Tunn Program’ is being arranged on December 24 in Dera Ghazi Khan city of Punjab was uploaded  on internet and social media buffs made it viral owing to the fact that such a party was illegal regarding the consumption of liquor.

The ‘Ful Tunn’ party was being arranged in connection with a certain Sheikh Burhan’s Mehndi ceremony but the plan was foiled after the registration of FIR at Shafiqabad police station.