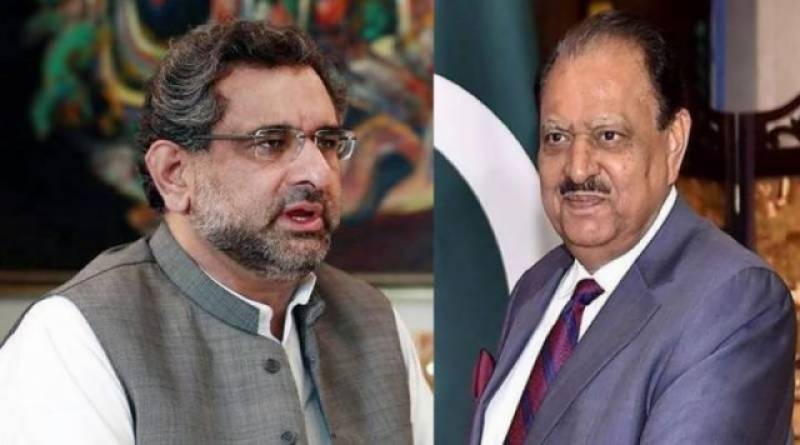 In a statement issued by the PM office on Friday as the Kashmiris both sides of the Line of Control and worldwide are observing Black Day to mark the illegal occupation of Jammu and Kashmir by India.

On the day, President Mamnoon Hussain and Prime Minister Shahid Khaqan Abbasi, in their Separate messages have reiterated Pakistan's unflinching and steadfast moral, diplomatic and political support for just cause of the Kashmiri people.

The President urged India to implement the UN resolutions as peace and prosperity of the entire region is linked with the resolution of the long standing dispute.

Prime Minister Shahid Khaqan Abbasi said in his message that India must honour commitments of its founding fathers and ensure implementation of the UN Security Council resolutions on Kashmir.

PM said worst form of state terrorism is being perpetrated against the defenseless Kashmiris and entire Indian state machinery is involved in the crimes against humanity.

He called for an independent, transparent and fair investigation into these human rights violations under the United Nation.

India and Pakistan became independent on August 1947, it was generally assumed that Kashmir, as an adjoining state with a predominantly Muslim population, would accede to Pakistan. Kashmiris and supporters of Kashmir commemorate the day every year as a Black Day.