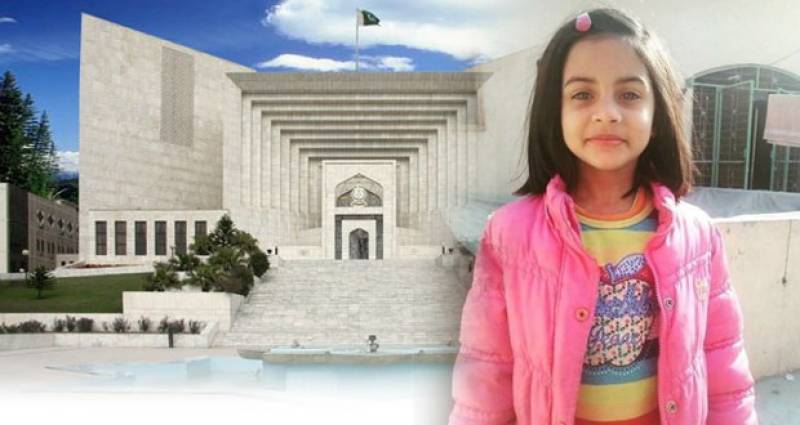 A three-member bench of the apex court headed by Chief Justice Mian Saqib Nisar heard a suo motu case on Sunday at the SC's Lahore registry regarding claims made by television anchor Dr Shahid Masood that the suspect in Zainab rape and murder case has more than 37 bank accounts.

The CJP ordered Masood, who was present in court, to appear before the newly formed JIT — which will be led by director general of the Federal Investigation Agency (FIA), Bashir Ahmed — and present evidence to back his claims.

The anchorperson had claimed during a late night show that Zainab's suspected rapist and murderer was a member of a pornography gang, which also includes a Punjab minister. During the previous hearing of the case, Masood had also told the court that the suspect has 37 foreign accounts.

His claims about the bank accounts, however, were rejected by the State Bank of Pakistan (SBP) in its report to the JIT that was formed earlier by the Punjab government to probe the rape and murder of Zainab.